The Cloud and the Evolution of Post-Production

Home » Thought Gallery » The Cloud and the Evolution of Post-Production 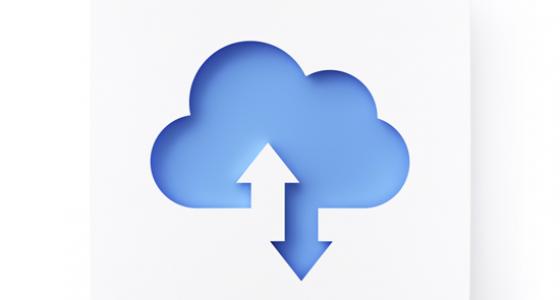 For many years, the pace of change in mass market IT has dwarfed that of broadcast technology. For example, consumer camera phone resolution has increased over the last ten years by 30,000%. In comparison, broadcast resolution has barely tripled. With the development costs of consumer cameras amortised over hundreds of millions of units, there is no way that the broadcast industry can compete on the pace of progress. Nor should it try to.

But in post production, large parts of the existing IT infrastructures are exactly those which benefit most from the latest revolutions in mass market IT. Computer processing power, storage, and Internet access, all fuelled by mass-market consumer demand, are exactly the features offered by cloud solutions.

As new technology enables more and more of the broadcast workflow to move into the cloud, little more than a modest computer with an Internet connection is needed to be able to create there. Processor speed, file sizes and security, long regarded as significant barriers to cloud-based workflows, are no longer issues. Instead of transitioning to newer and newer generations of broadcast hardware, we’re moving from one IT solution to another, saving significant costs.

What Makes the Cloud Suited for Post-Production?

Just as large-scale suppliers provide electricity more economically, processing and storage requirements can often be met more economically by cloud services. And just as electricity comes to us directly via connection to a power grid, data comes directly to a computer via connection to the Internet. In addition, cloud services from different providers can easily interact through automated interfaces, providing a highly flexible way of using solutions and add-ons from different suppliers throughout a given workflow.

However, when it comes to video post-production, cloud services are not all equal. Generic cloud-computing providers, such as Amazon Web Services, are built for IT and consumer data rather than the voluminous data and throughput performance requirements associated with broadcast video. The requirements for editing video are formidable, with huge amounts of data and the need for real-time responses. The process of rendering effects and transitions in a generic cloud environment are expensive since these services charge according to CPU power and time used, and any unresponsiveness would be frustrating for users accustomed to dedicated desktop solutions. When all of this is taken into account, building a broadcast post-production operation on a generic cloud infrastructure simply doesn’t meet broadcast standards for performance, cost, or reliability.

Dedicated platforms optimised for broadcast applications offer lower cost and far greater performance. They also provide increased control over where the data is stored for legal, regulatory, and personal preference requirements. The ease of switching between cloud providers means that the availability of a single broadcast-ready cloud will, over time, eliminate poorly performing alternatives.

The capacity of the Internet and cloud services is essentially unlimited, with supply expanding to meet demand. Storage and Internet speed nearly double every year, and new solutions from the world of mobile are improving power consumption within the cloud. With 10 Gb/s intranet backbones in service now, throughput will continue to improve drastically.

The greatest efficiencies come from leveraging client computing to undertake as much of the processing workload as possible. Though it might sound odd coming from a provider of cloud solutions, such a scenario provides immediate scalability, reduces latency to negligible levels, cuts costs and allows access with even the most modest of hardware set-ups.

The cloud is well suited to the post-production convention of working with proxies, a method that, at least for the foreseeable future, will be more efficient than working with high-resolution content. Proxies are continuing to improve in both quality and resolution, with, for example, higher resolutions provided for fine-cut editing than for logging. Conforming from original HD sources ensures minimal generation loss on the final output.

Many are already making 4K home videos in the cloud aided largely by the fact that connection speeds have doubled every year while storage costs have halved. As these factors continue to improve, the cloud will look more and more attractive as an alternative in a wide range of post-production workflows.

Technology has made post-production in the cloud easy. Now the focus is on improving and perfecting reliability, responsiveness, interface design, price, and integration to other applications.

Data security is an issue with any IT-based system. The risks of losing data can be mitigated by keeping multiple copies of data in multiple sites — something that is much easier for a cloud provider than for an individual broadcaster.   As long as users have and use a back-up strategy, the security of their video assets can be assured.

The prospect of change takes people out of their comfort zones, so it happens much more slowly than changes in the underlying technologies. This is especially true of broadcast and creative workflows that come with their own unique tricks, work-arounds, and emotional attachments. With people now using the cloud in their everyday lives, they are more open to adopting it professionally. An increasingly technology-literate young workforce — already fluent with cloud technologies in their personal lives — is accelerating cloud acceptance and adoption.

Producers of genres such as near-live sports for Internet and mobile distribution can already do all their post-production in the cloud. Dedicated cloud post-production platforms can take in multiple live HD video feeds (at one point during testing for the Summer Games, there were 200!), incorporate graphics from various cloud creation systems, perform all the editing and finishing, conform at full HD resolution, and hand over to other cloud solutions for mass distribution. Clients can mix and match. In fact, Microsoft Azure is designed for just such a scenario. An ever wider variety of options is opening up to broadcasters, working flawlessly together to create customized, end-to-end cloud solutions.

The relentless advances in technology are transforming post-production. Traditional desktop IT solutions are being replaced with more cost-efficient and productive cloud-based solutions. At the same time, technological change is transforming the distribution and consumption end of the business. Suppliers of traditional post tools and their users would do well to embrace these changes. 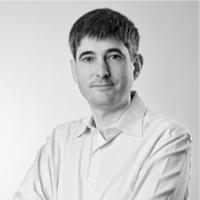 CEO, Forbidden Technologies Stephen Streater holds a degree in mathematics from Cambridge and a Doctor of Science degree from the University of Bedfordshire – awarded in recognition of “outstanding contribution to the development of computer te... Read More

Previous post Myth and Reality of Auto-Correction in File-based Workflows Next Post Stock, the Same as Custom Footage? I Doth Protest.