The participation and loyalty reward system for NAB Show Exhibitors, Advertisers and Sponsors.

These points are used in the scheduling process of the Space Selection order for the following year’s NAB Show. As an added benefit for investing in sponsorship and advertising opportunities exhibitors will receive bonus priority points. However, we strongly encourage companies to invest in sponsorship and advertising opportunities for the purpose of enhancing their overall NAB Show experience versus simply to improve their space selection appointment time. At any given time, there are more than 2,000 companies earning NAB Show priority points. Coupled with a floor plan that is often in flux based on demand adding priority points might not result in the anticipated improvement of space selection appointments. 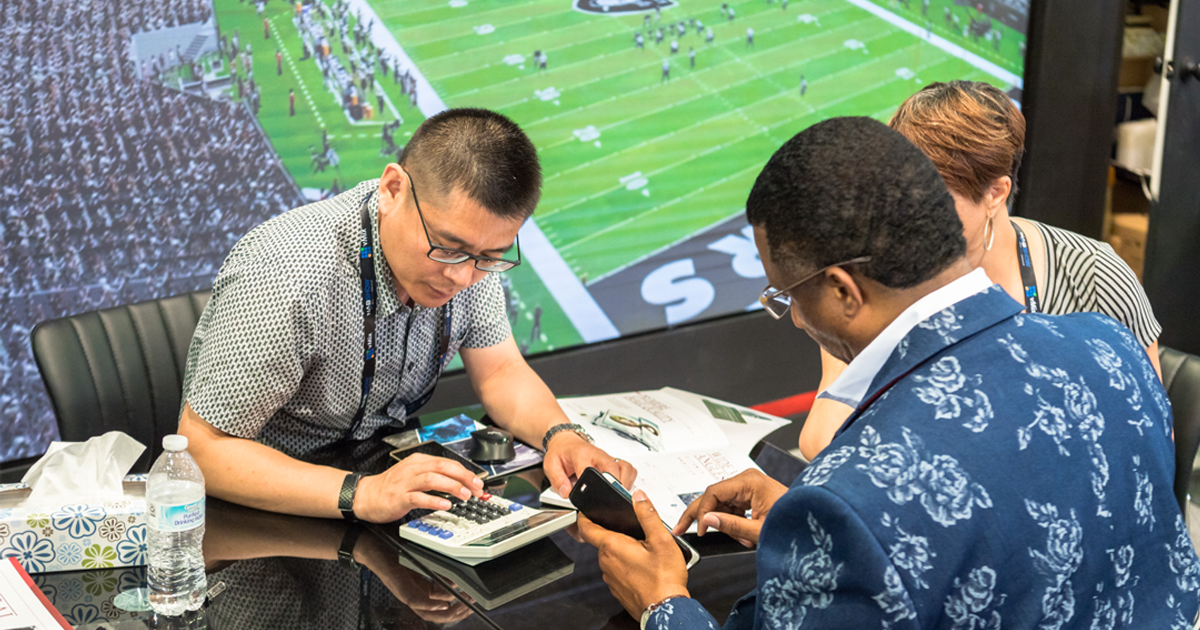 How to Earn Priority Points

Become a Sponsor and/or Advertiser

Earn 5 Priority Points for the first $5,000 spent, plus 1 Point per additional $2,999 increment, up to a max-allotment of 150 Points. We strongly encourage companies to invest in sponsorship and advertising opportunities for the purpose of enhancing their overall NAB Show experience versus simply to improve their space selection appointment time.

Earn 5 Priority Points for each year of membership maintained. Exhibitors must be NAB members when signing up for exhibit space and maintain their membership status through the event and Member points will only contribute to an Exhibitor’s point total if the Member is actively participating in the current Show. (Note: Through the NAB Associate Membership period ending April 30, 2017, three (3) priority points were awarded for each year an NAB Associate membership was maintained.)

Participate as an Exhibitor and/or Sponsor in Two or more NAB Events within a 1 year cycle.

Earn 25 Priority Points if you exhibit or sponsor at at least two NAB Events between May 1 and April 30. Points will count in your space selection total for the NAB Show taking place one (1) year from April. Example: If an NAB Show Exhibitor sponsors at the 2019 NAB Small Market Television Exchange (September 2019) and exhibits at the 2019 NAB Show (April 2019), twenty-five (25) points will be credited towards space selection for the 2021 NAB Show.

Book Your Hotel In the official NAB Show Housing block

Earn 5 Priority Points for the first room booked, plus 5 Points per additional 5-room increment, up to a max-allotment of 35 Points. Points will be granted based on actualized rooms and will be audited post 2021 NAB Show. Cancelled rooms or no-shows will not be counted toward your point total. Because 2021 space selection will have already happened when we complete our audit, points will be applied to 2022 NAB Show space selection. Points will only be granted when rooms are booked through the official housing provider, Expovision. Rooms booked directly with a hotel, even if it’s one that’s in our housing block, do not count.

What happens if a company buys an additional booth, increases/reduces, booth size, or buys new or additional advertising/sponsorship opportunities?

Each company will receive full credit for any changes/additions that positively or negatively impact the point total.  We update each company’s priority point total throughout each NAB Show space selection cycle based on the booth and advertising/sponsorship status at the time of space selection.

Can my company lose its Exhibitor Priority Points?

Two (2) consecutive absences from the annual NAB Show will result in loss of all accrued Priority Points.