Shaping the Future of Media & Entertainment 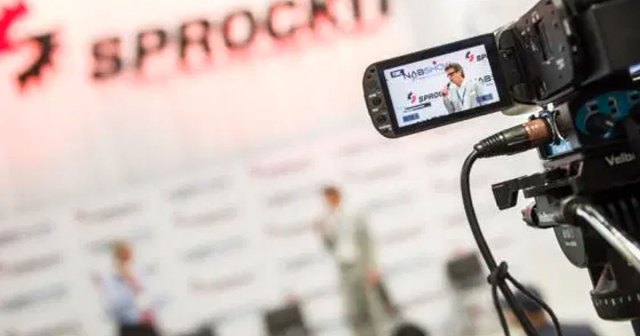 In recent years, content creation, distribution and consumption have become all-encompassing. Consumers have an endless array of options, from mobile to social and broadcast to streaming. In such a dynamic landscape, crucial challenges lie ahead for leading media companies to pivot and adapt to rapidly changing technologies. The fading print publishing industry has become a warning for other media spheres – what was once audience’s first choice for information and entertainment now faces the challenge of survival with the increase number of Web, broadcast and mobile sources.

For media and entertainment giants to face these challenges head on, they must be willing to break out of their comfort zone and embrace innovation. New technologies enter the market daily, not only helping businesses reach a wider audience, but also helping them better understand what types of content audiences are truly interested in, how they feel about that content, and how they want to interact with it – not just consume it.

It’s no secret that industry titans are typically slower to adopt emerging technologies that are steadily changing media landscape (e.g. cord cutting and second screen), but it’s also extremely difficult for promising up and coming companies to cut through the clutter and get in front of media executives to present their innovative solutions that speak to these changes.

Enter SPROCKIT – an alliance of corporate executives and emerging companies that is solving this problem.

SPROCKIT brings together media and entertainment leaders and entrepreneurs to showcase and collaborate on products and services. SPROCKIT was designed in partnership with the National Association of Broadcasters to facilitate the connections and conversations needed to further the industry. Hand-picked SPROCKIT startups are able to collaborate with major media and entertainment players, including Disney/ABC Television Group, Comcast, Cox Media, Graham Media Group, Google, Hearst Television and Univision Communications Inc., among others.

Since debuting in 2013 at NAB Show, SPROCKIT has featured 37 startups – many of whom have used their new connections and insights to drive successful partnerships, growth opportunities, and even investments and acquisitions. A few examples of SPROCKIT success stories include:

For the 2015 program, kicking off at NAB Show this April, industry leaders will hand-select up to 30 emerging companies based on their potential to disrupt the market and their solutions to challenges faced by media and entertainment professionals. SPROCKIT has already announced the first 10 companies participating in this year’s program that have developed solutions in areas such as content delivery, data analytics, advertising and more. In the weeks ahead, the final startups chosen to play a role in SPROCKIT will be unveiled here.

Each of these companies has a unique solution to some of the industry’s most difficult questions – some provide ways to reinvent content on mobile, whereas others focus on television engagement and analytics – but all aim to leverage innovation to further media and entertainment as a whole. Through the year-long SPROCKIT program, executives and entrepreneurs together can shape the future of the industry by building relationships to tackle cross-sector challenges, forecast trends and bring solutions to market.

Harry M. Glazer is a seasoned entrepreneur, investor and lawyer. His activities run the gamete from advisor to board of director to chairman and from principal to managing director, as well as a stakeholder in numerous fast growth companies. Mr. Glaz... Read More