Stock, the Same as Custom Footage? I Doth Protest. 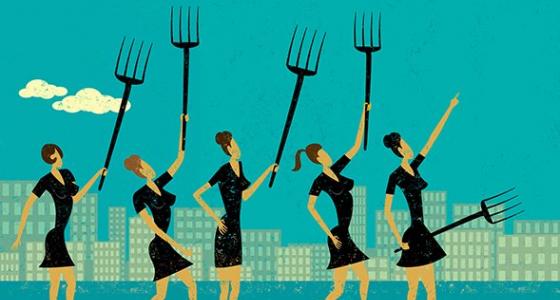 You can’t escape it. And to the naked eye—it may seem a streaming deluge—hard to consciously differentiate, but subconsciously, your mind takes note of some nuances.

Which is why—I am sometimes taken aback when I get asked if my company, Stringr, which helps our customer’s source custom footage from the field—fast—is looking to compete with the likes of Shutterstock and Getty, the clear leaders in the stock photography world.

If you don’t deal in video everyday—the question is fair. I mean video is video, right? Well, no. But don’t take my word for it. Let’s walk through an example.

If you go to Shutterstock, they have some really great footage.

Put in the word protest. You’ll find a pretty big selection. Click on a clip and you’ll see something like this: Protest video from the Ukraine.

Scroll down and you’ll also see this—a car on fire—not exactly a protest, but it is beautiful. But where is it from? What were the circumstances around this incident? Welcome to the stock world, my friends. Now for promotional purposes this video may very well—work well. But for editorial uses—it’s a no go.

Footage like that car on fire might work for Public Service Announcement or a commercial. It could also be used in a movie (although not that likely.) And let’s be real– advertisers with bigger budgets—would never want to risk having their images get used, by well—another advertiser.

Then, there is the editorial world where the car on fire—would not be used for ethical reasons (footage can’t be staged) and even the protest in the Ukraine would be a tough fit. After all, if you are doing a story on protests in the Ukraine, you would likely want the most current footage from say a protest—today, not from more than a year ago, and you’d want to be able to talk to videographer who shot in in the first place.

And that’s where what I call hyper-relevant footage comes in and that’s what we aim deliver at Stringr.

Need video of that protest that’s happening in your hometown now? Sitting on Madison Avenue and want footage of fans tail-gaiting in their pick-up trucks so that you can cut a new commercial by half-time? Want to check out a site – half way across the world—before you hop on plane to consider it for development?

Put in a footage request with Stringr, and watch video come back— sometimes within minutes. Preview and pay for only the clips you want to use. Get instant access to the videographers who shot your custom footage.

Sure, going through an archive might work. But getting exactly what you want and now. Well, that’s pretty damn fun too.

Lindsay Stewart the founding CEO of Stringr— a mobile and web enabled platform that allows its customers to request, preview and purchase custom video— under tight deadlines. Lindsay has 12 years of experience as a television news producer at of ABC,... Read More