What Will You Do When OTT Reaches The Saturation Point?

Home » Thought Gallery » What Will You Do When OTT Reaches The Saturation Point? 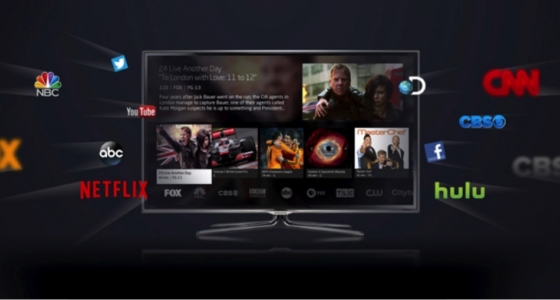 I was talking with a distant family member the other day, and he asked what I’m doing now.  I said I help television companies deliver their shows over the Internet.

Of course, he meant HBO Now, the newly announced delivery platform for “Game of Thrones” and (some other stuff) on HBO.

There is an important message there – about the importance of branding and marketing.

When I got started in the business, cable companies had precious little to sell:  distant signals delivered by microwave, and better pictures.   Until HBO came along.

Then all of a sudden, we were selling HBO and cable television as a package, and you had to subscriber to “basic” cable to be able to get HBO.  And the business took off.

It feels like we’re at that same point now.  Everybody (and I mean EVERYBODY) is taking their programming Over The Top.  New channels,  platforms and subscription packages being launched every hour.  We all just can’t WAIT to get out there and start selling our series on antique toaster repair . . . (there are 53,200 hits on Google videos for that topic).

By the end of the summer 2015, we will reach the saturation point for OTT video for most consumers, and we will have only scratched the surface.  By the end of 2016, virtually EVERYTHING on video will be available to EVERYBODY!

There is an enormous wealth of content available, and we’re like kids in a candy store.  We are grabbing everything on the shelves and racing to the checkout counter.  Discovery Networks founder John Hendricks has enlisted a SERIOUS collection of A-listers to help launch his CuriosityStream OTT service.  Apple has announced their intention to get into the television distribution business with a relatively expensive ($30-$40) OTT bundle later this year (which at press time will not include any content from NBCU).

Even the Wall Street Journal is getting into the act, with their Front Page March 18 article that quotes an anonymous media exec, “The ice cube is melting.   It’s a reality of the marketplace.”

We are attempting to prioritize, of course.  The big name shows go first, then we work backwards with our own research folks to comb through the libraries.   And somewhere along the line we discover that the numbers generated for the canceled series in 1995 (or even 2005) would have made it a top 10 hit in 2015.

And we are going to continue to launch new OTT channels and services until the consumer just can’t take any more.

Guess what – the consumer is already there!

We need an anchor for our OTT products.   Some of us might figure out a way to ride along with the HBO Now package as resellers or bundlers.   Cablevision has just done that, adding HBO Now to their Optimum Online offering.  But the majority of content owners are going to have to find another way.

And that’s where aioTV comes in.

Just as with HBO Now, leading with “Game of Thrones” (and they better be careful about massive churn after the end of Season 5), we all need to focus on the strongest brand, the strongest titles, within our content mix.   It’s OK to have an enormous catalog of shows, lots and lots of candy on the shelves, but it we don’t bring consumers into the store it’s all for naught.

Mike Earle, aioTV CEO, explains it this way:   “Consumers have more choices than ever to access content across multiple sources; from their TV service to the avalanche of apps and Internet video services.  aioTV unifies these sources in a single TV experience providing consumers a better way to discover and enjoy the content they want without having to navigate across content sources, learn multiple experiences, track a series of logins or figure out which HDMI connection to use.

“We developed a patented technology that delivers video content from multiple platforms to consumers.  The technology normalizes multi-sourced content enabling unified presentation and playback with the toolset to create custom viewing experiences.”

“Content owners and distributors are exploring new business and distribution models as they contemplate options across multi-channel, TVE, apps and OTT services. We provide the tools that enable them to connect content to audiences with the control they need while safeguarding their traditional business.

“In the Sprockit Hub in the North Hall at the NAB show, we’ll be demonstrating the tools for content owners to control the publishing of content and the corresponding unified experience where consumers can get deeply engaged with a blended experience that combines content owners linear, TVE and VOD content in a single experience.”

​Rick Howe is a cable and television veteran, elected as a Cable Pioneer in 2011. He writes a column for itvt.com as The iTV Doctor, and provides consulting services to distributors, content providers and app developers in the enhanced television spa... Read More