The NAB Show New York Impact Award honors the most innovative leaders in media and entertainment for their impact and influence on the overall industry, as well as in the city of New York. Vieira will be honored for her decades-long success as a host and figure in the industry. The award presentation is open to all attendees.

Well known as the original moderator of “The View,” Vieira currently is the host of FOX Television Stations’ syndicated game show, “25 Words or Less” and recently hosted the PBS series “The Great American Read.”

Vieira’s national broadcasting career began at CBS News, where she spent more than a decade serving as co-anchor of “CBS Morning News,” news editor for both “60 Minutes” and “West 57th,” and as a Chicago bureau reporter. Her tenure as news editor garnered five Emmy Awards honoring the programs’ investigative and culturally significant coverage.

After departing CBS News in 1993, Vieira went on to co-host “The View” and the acclaimed game show “Who Wants to Be a Millionaire?,” during which she concurrently served as co-anchor for NBC’s “Today.” She returned to “Today” as a temporary guest host in 2019.

Vieira is the founder and CEO of Meredith Vieira Productions, and appeared as host and executive producer on the nationally syndicated eponymous talk show, “The Meredith Vieira Show.” She was honored with a Lifetime Achievement Award in 2003 by the Academy of Television Arts and Sciences.

Registration for NAB Show New York is available at NABShowNY.com.

Qualified press are encouraged to register to receive complimentary access to this session and more. 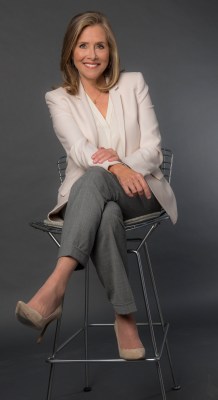