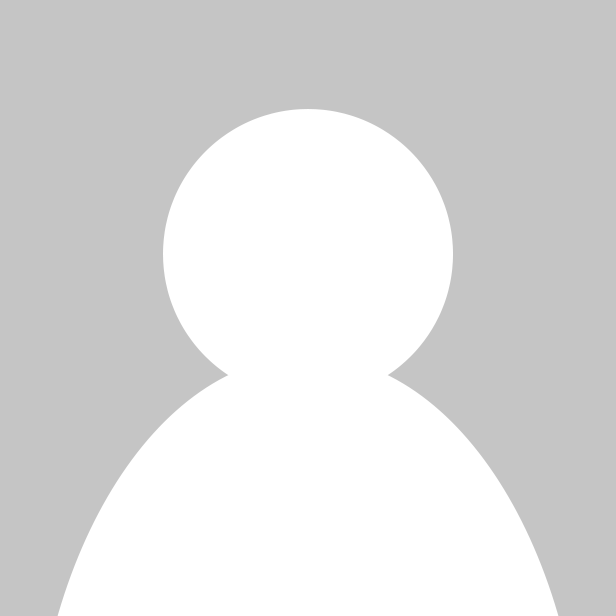 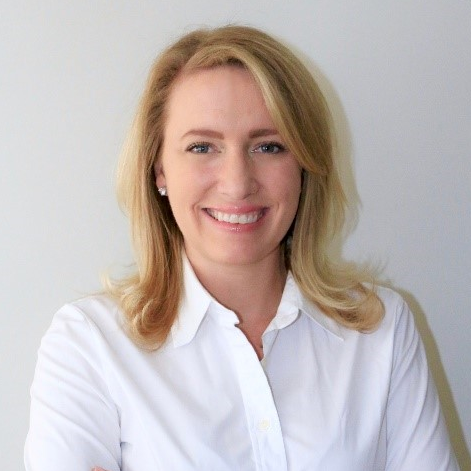 Brady Woods has over 15 years of experience within media and entertainment, with a focus in production, visual effects and post production, and the workflows and technologies that power those functions. Previously, Brady spent 11 years at Technicolor in various business development, business management and leadership roles helping to build new workflow streams and support content creation across all of the Technicolor brands and businesses. Currently, Brady is Director of Storytelling, Engagement and Outreach for Microsoft Azure’s Entertainment vertical. In this role she is responsible for bringing the work of engineers and project managers to life through messaging and stories that inform, educate and drive action with the media, entertainment and gaming community with one goal in mind: helping them achieve more. 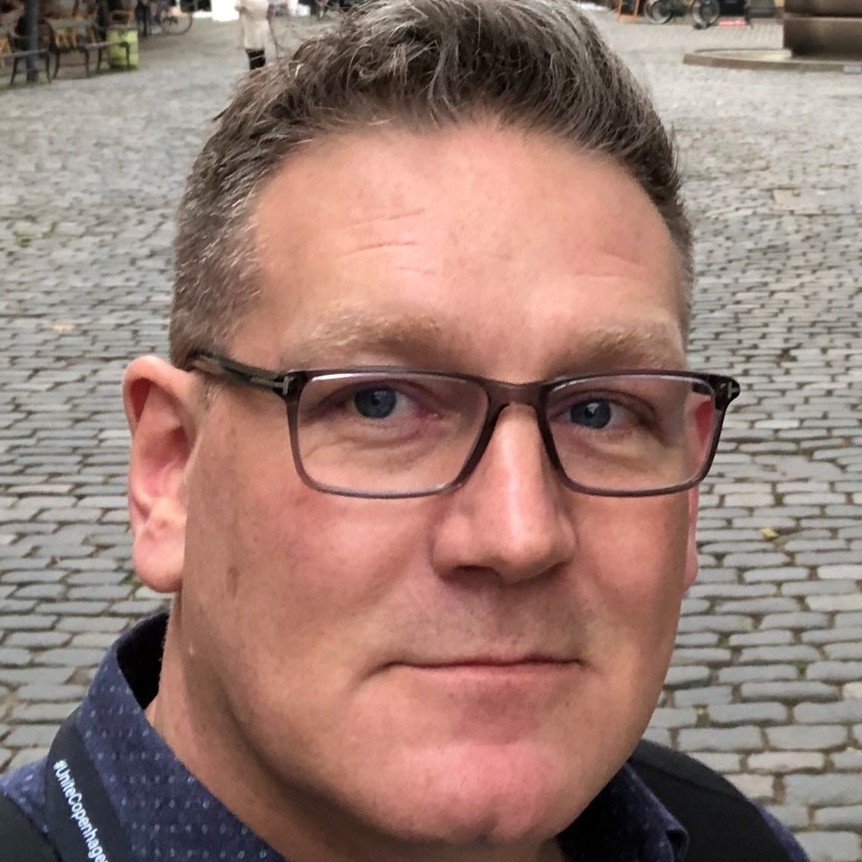 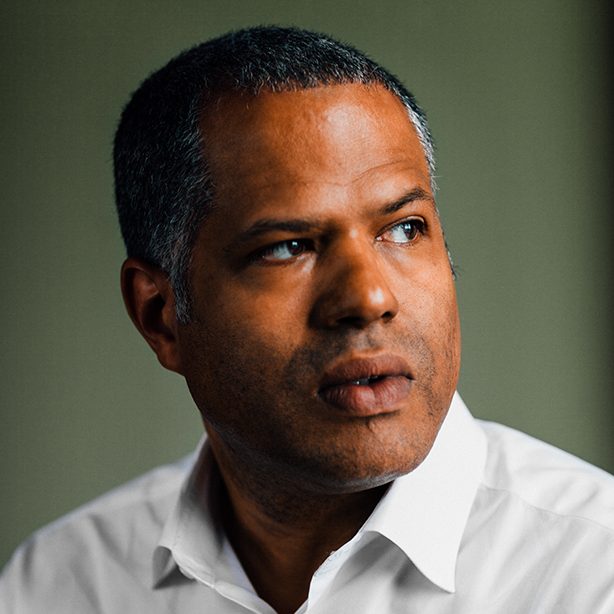 Guy Primus is a technology executive with over 20 years of experience operating at the intersection of media and innovation. Throughout his career, Guy has demonstrated the ability to combine technology and popular culture to create aggressive growth for companies from early-stage to the Fortune 100. His mastery of strategic analysis and experimentation has helped these companies achieve this growth while managing downside risk. Guy is lead inventor on two patents related to the metaverse and Ad Tech. 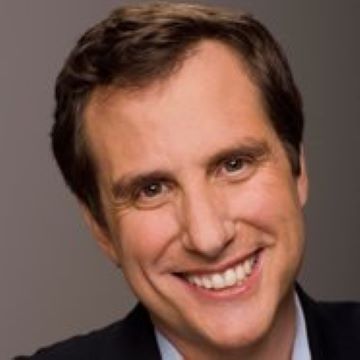 As Chief Digital and Marketing Officer, Ira Rubenstein leads digital consumer experiences and marketing for PBS. In this role, Rubenstein focuses on continuing PBS’ digital evolution through the development, implementation and scaling of world-class digital services and marketing content strategies. He also oversees the business intelligence group and leads comprehensive marketing programs to acquire, retain and engage audiences across platforms for the benefit of member stations.

Rubenstein joined PBS in 2014 as Senior Vice President and General Manager, PBS Digital, and led the expansion of PBS’ general audience and children’s content to mobile devices, over-the-top (OTT) services and other digital platforms. His accomplishments include an updated PBS.org, which yielded dramatic growth in traffic to station websites and online station donations. He spearheaded the development of Passport, a video offering available through member stations that provides donors on-demand access to a rich library of public television programming. He also led the expansion of PBS Digital Studios, PBS’ network of online-original content.

Rubenstein has more than 20 years of experience leading digital entertainment businesses. Prior to PBS, he was Chief Executive Officer and a member of the Board of Directors for mobile media company MeeMee Media. Rubenstein also served as Executive Vice President, Digital Marketing for 20th Century Fox where he established the Digital Marketing organization and led the team behind ground breaking social and mobile campaigns for Prometheus, Chronicle, Rise of the Planet of the Apes, X-Men: First Class, and other major motion pictures.

Rubenstein joined Marvel after more than 12 years at Sony, most recently as Executive Vice President, Content Strategy and Acquisitions. In that position, Rubenstein led the organization’s acquisition of content for all Sony devices and negotiated global content deals with major networks, movie studios, game companies and music labels. While at Sony, he also developed worldwide digital marketing, product and distribution strategy for Sony Pictures, and oversaw the rapid growth of sonypictures.com, which ultimately became a top 10 entertainment site. In addition, he led the establishment of Movielink, a first-of-its-kind online, video on-demand service, and managed the digital growth of the studio’s most important brands, including Wheel of Fortune, JEOPARDY! and Seinfeld.

Rubenstein holds a B.A. in Management Science from the University of California, San Diego and has an M.F.A. from the Peter Stark Producing Program at the University of Southern California. He is a member of the Academy of Motion Pictures Arts and Sciences, the Academy of Television Arts and Sciences and the Producers Guild of America. In addition to awards for his work from Clio, Promax, Key Art, the Webby Awards, and others, Rubenstein has twice appeared on The Hollywood Reporter’s “Digital Power 50” list and has also been featured on the PGA’s “Digital 50” list, which recognizes new media innovators. 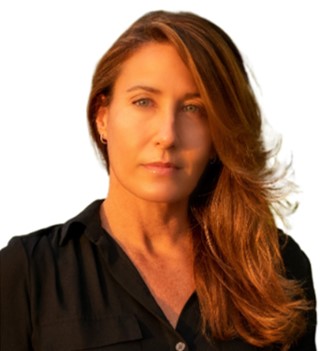 Jenna Seiden currently serves as Vice President of Business Development at Niantic Labs where she leads efforts across IP/Publishing, Mapping, AR, Platform, and other key areas. She began her career in sports marketing at the NBA then went Hollywood serving as both agent and producer in TV until finding her nirvana working in executive roles in video games and AR/VR at CAA, Xbox, Maker Studios, HTC, and Meta. Jenna is an advisor to Emmy-winning interactive studios Arvore, Baobab, and Felix & Paul and co-runs an IoT solutioning company for conservation and sustainability, Zambezi. She is a graduate of the University of Pennsylvania and the Anderson School at UCLA. 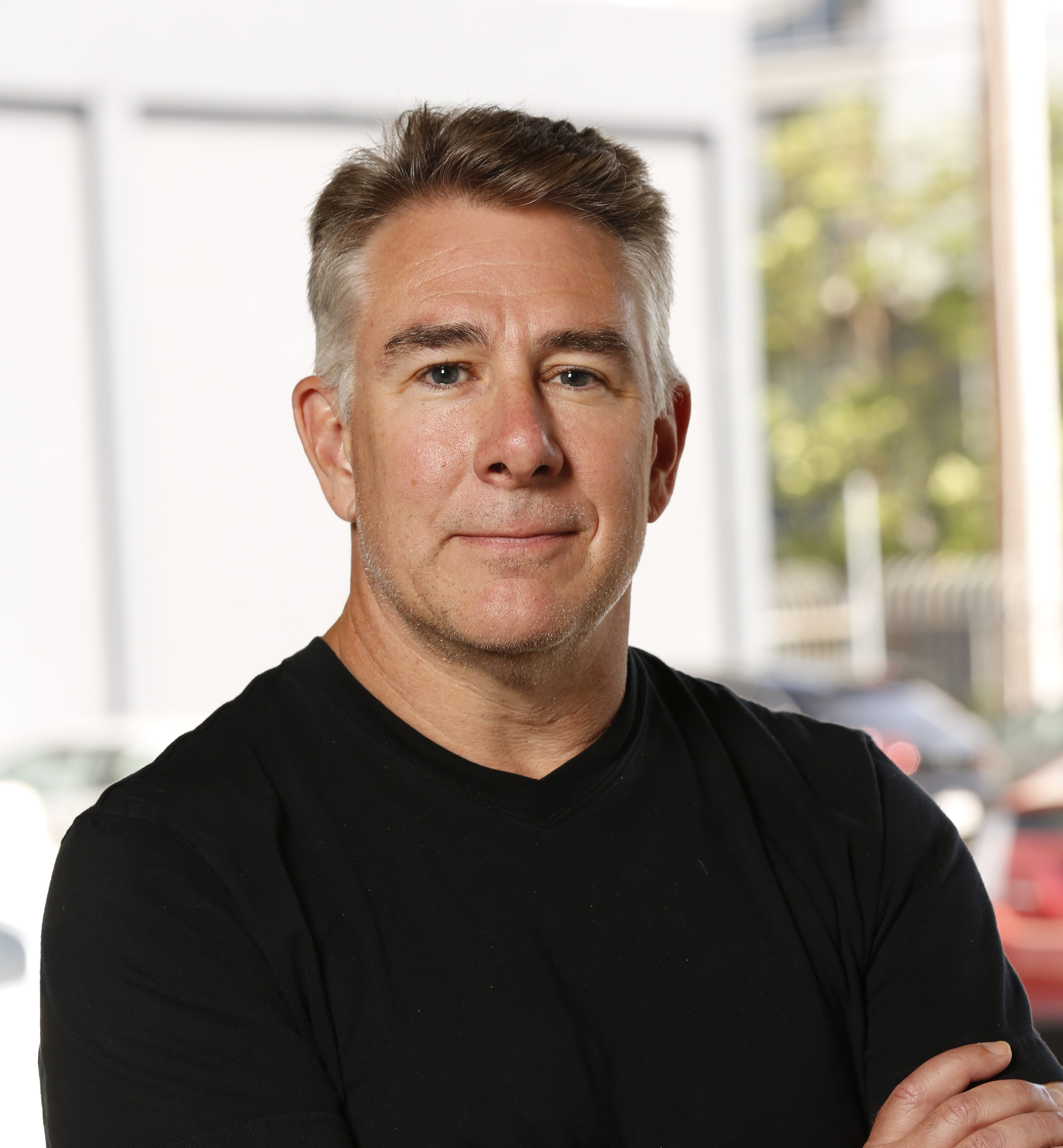 John Canning is the Director of Developer Relations – Creators at AMD, where he is focused on enabling the creative ISV eco system.  Both an electrical engineer and producer by training, Canning has a broad history in the interactive and immersive media space:  from building core foundational technologies to middleware solutions to content creation.  He is a frequent speaker and lecturer and has worked on projects throughout the Americas, Europe, Africa, Asia and Oceania – for Microsoft, Yahoo, Disney, NBC, Digital Domain, AMD and a range of startups. 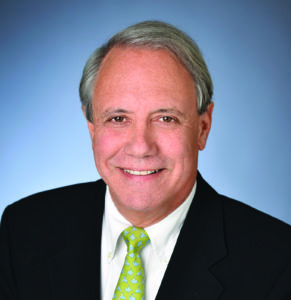 John D. Maatta is a California-licensed attorney who is a founding partner of HTM Partners LLP, an entertainment law firm located in Beverly Hills and New York City. His practice focuses primarily on entertainment and media transactions, including the development and production of motion pictures, television and streamed content, the representation of content creators and performers, and the distribution of programming by theatrical, broadcast, cable, and streaming platforms.  John is experienced with a wide range of issues involving production, finance, distribution, affiliate relations, human resources, broadcast standards, and matters involving media-related technology, marketing, advertising and branding.

Kim Adams is the Director of Real-time production at Nexus Studios, where she is leading studio

initiatives in real-time animation production across original TV and film, branded content and

She is the Co-Founder of Adventure Lab, a social VR platform that connects audiences with

marketplace for performers; providing them the opportunity to market and operate awardwinning

experiences virtually, from anywhere in the world. 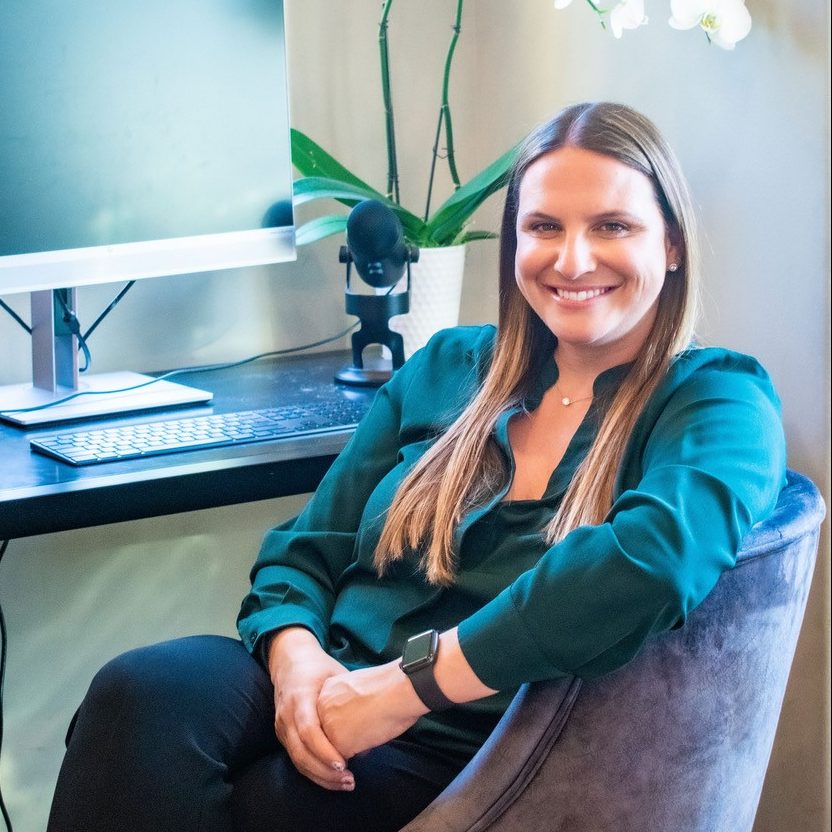 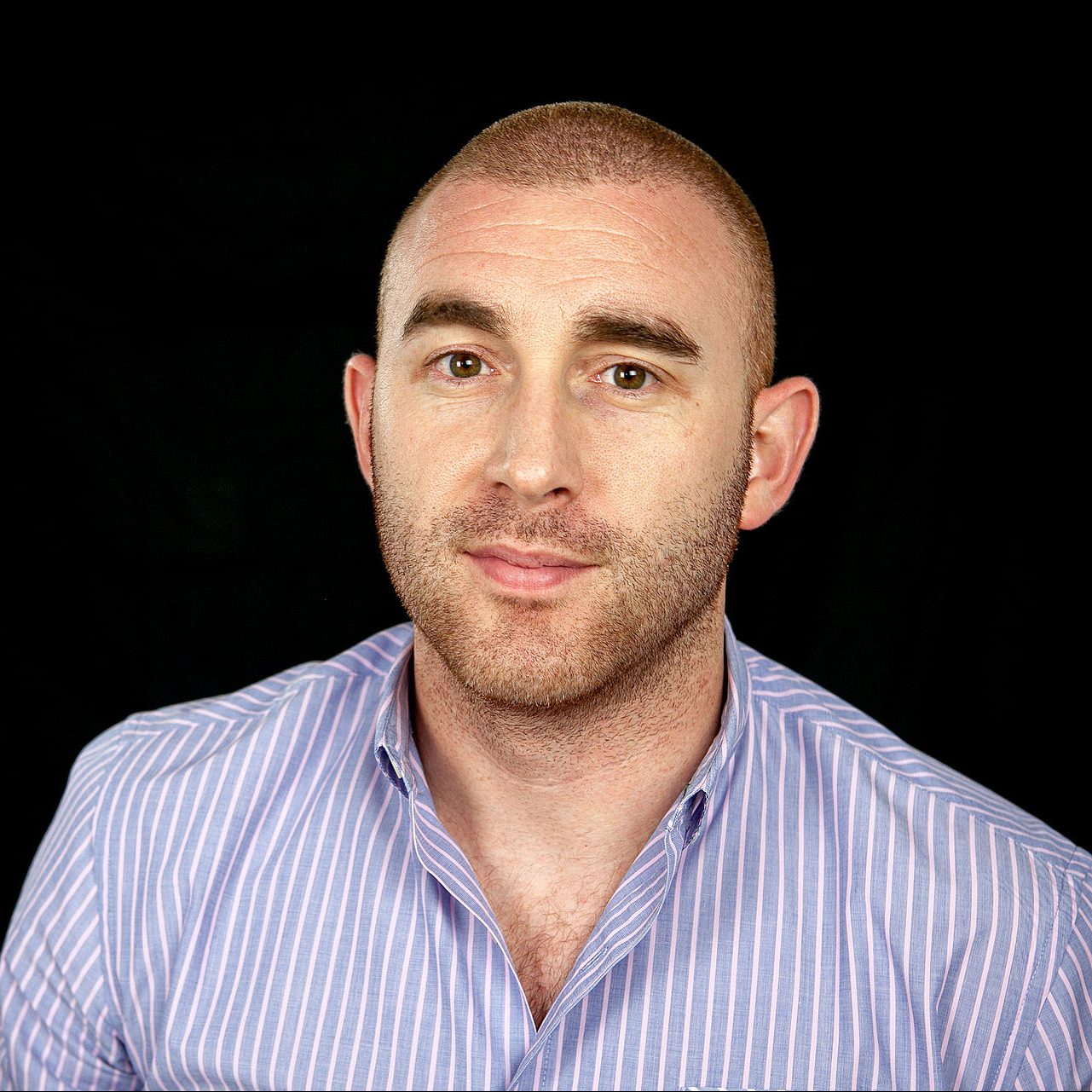 Matt Mason is the Chief Content Officer at Palm NFT Studio, where he’s responsible for developing partnerships and creative strategies with artists, creators and content owners who want to launch NFTs on the Palm chain. A senior executive with almost 20 years experience in marketing, strategy, product management and content creation, Matt has previously served as Chief Marketing Officer at Kraken, Chief Content Officer at BitTorrent, Inc., and is the founding Editor-in-Chief of RWD Magazine, one of the UK’s leading music magazines. He has launched (and re-launched) global brands and written a best-selling book on innovation, strategy and culture. 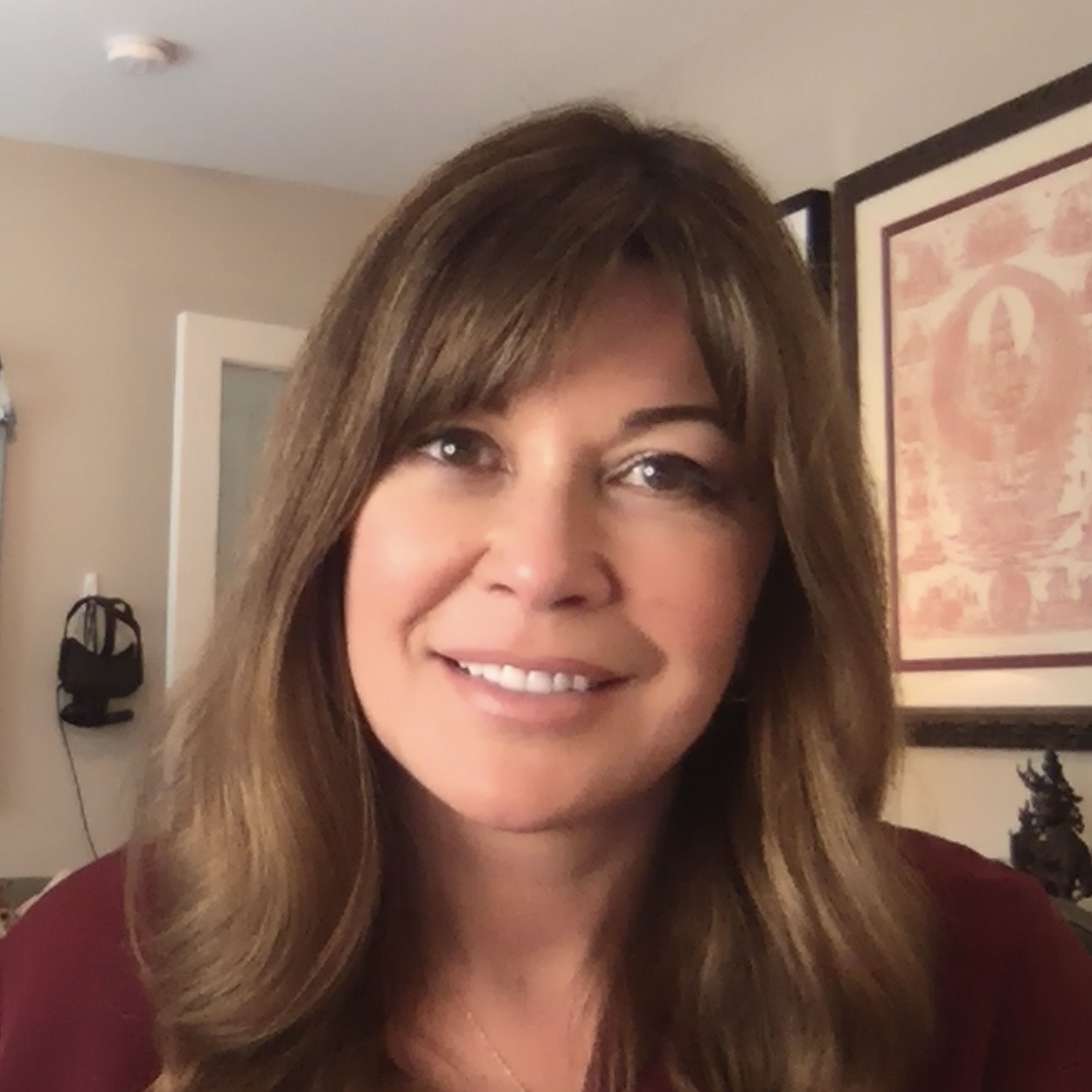 Nanea Reeves founded TRIPP, a category-leading global XR Wellness company, following a period of tremendous personal loss that led her to rethink her life’s purpose. With a lifelong meditation practice that began in her teens, Nanea recognized its transformative powers, and she wanted to figure out a way to make meditation more accessible to people around the world. TRIPP was the solution, which married her meditation practice with her love of video games and her extensive software development experience. Through interactive, immersive experiences that combine gameplay mechanics, mindfulness structures and psychedelic inspired environments, users are guided into powerful, awe-inspiring transformative states. Ultimately, TRIPP aims to empower people to take control of their mental and emotional well-being wherever they are.

Nanea brings over 15 years of experience in digital distribution, video game technologies and mobile application development. Prior to co-founding TRIPP, Nanea was President and COO of textPlus, one of the top mobile communications applications . Nanea was also COO at Machinima, the largest gaming network on YouTube that was acquired by Warner Brothers, Chief Strategy Officer at Gakai (acquired by Sony) and she was  the Senior Vice President and COO of Global Online at Electronic Arts who acquired JAMDAT, the mobile game start-up that Nanea ran technology at. Through her leadership at these previous companies, she’s facilitated $1.6 billion in exits. 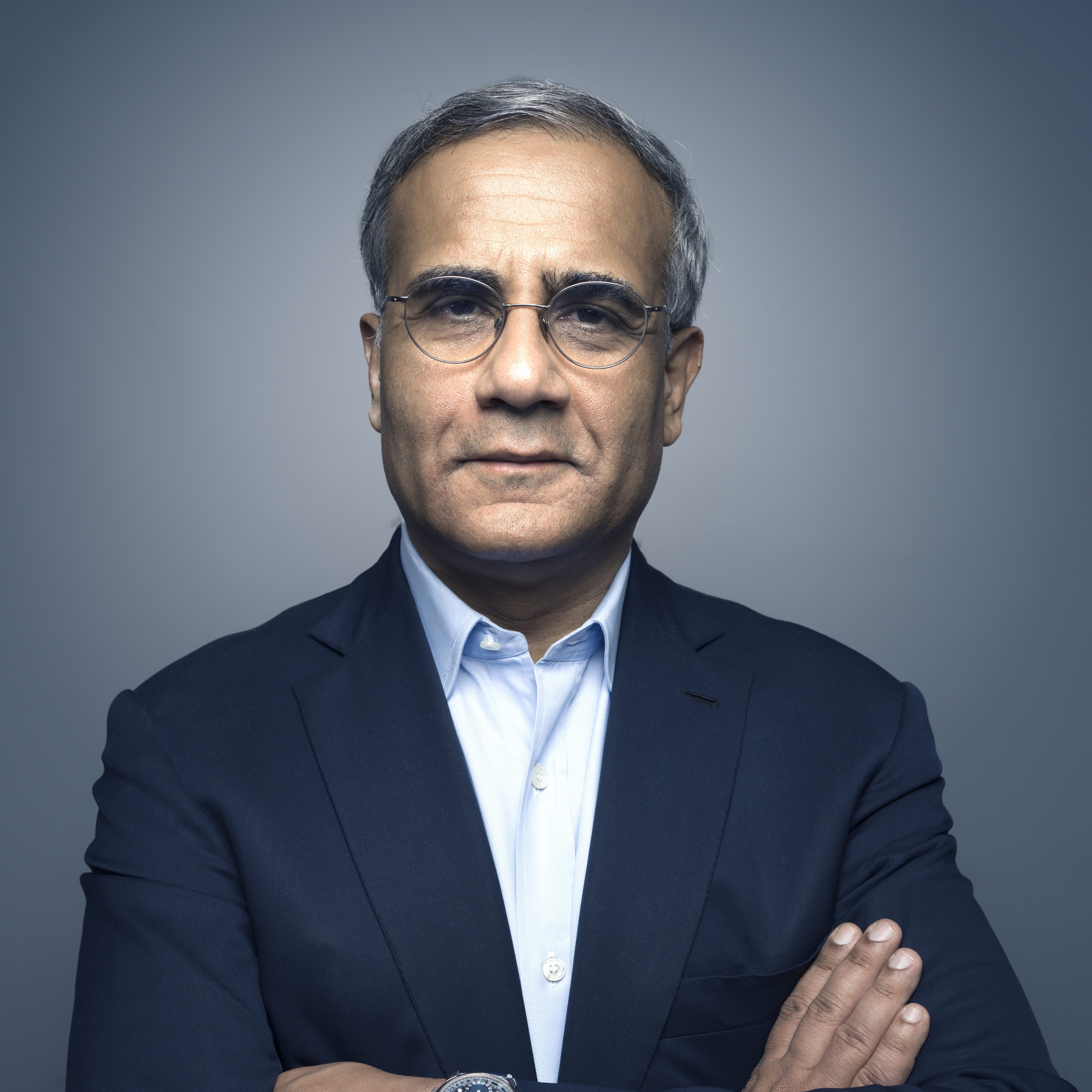 Rishad Tobaccowala is an author, speaker, teacher, and advisor with four decades of experience specializing in helping people, organizations and teams re-invent themselves to remain relevant in changing times. He specializes in unleashing talent and turbo-charging productivity by delivering perspectives, points of view, provocations and plans of action but no PowerPoints!

Rishad’s best-selling book “Restoring the Soul of Business: Staying Human in the Age of Data” was published globally by HarperCollins and focusses on helping people think, feel, and see differently about how to grow their companies, their teams and themselves in transformative times. The Economist Magazine called it perhaps the best recent book on stakeholder capitalism and Strategy Magazine named it among the five best business books and the marketing book of the year. Rishad’s weekly thought-letter, “The Future Does Not Fit in the Containers of the Past” is read by over 25,000 leaders every week across industries and around the world.

Rob has more than two decades of experience in global digital business transformation and innovation. Previously, he was Executive Vice President, NBC Entertainment & PEACOCK and at NBCUniversal and helped lead the launch of NBC’s streaming service, as well as its digital transformation. 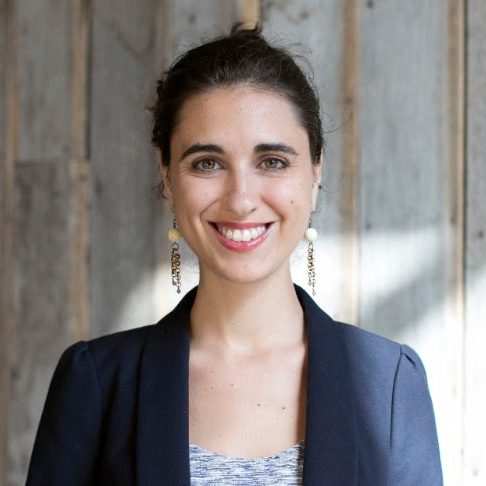 Stephanie Pereira is VP of Creator Success at Rally and a community engagement expert with more than 15 years of experience working at the intersection of arts, tech and business.
Before joining Rally, Stephanie served as Director of New Museum’s NEW INC. There, she co-founded the museum-led incubator’s Extended Reality (XR) accelerator, ONX Studio. Prior to that, she was a senior leader at Kickstarter where she worked for over six years, first as the inaugural Director of Arts, and ultimately as Director of Creator Engagement where she oversaw strategic growth and management of a global community of over 100K people.
Stephanie has an MA in Arts Administration from the School of the Art Institute of Chicago, and a BFA in Visual Arts from Mason Gross School of the Arts at Rutgers University. 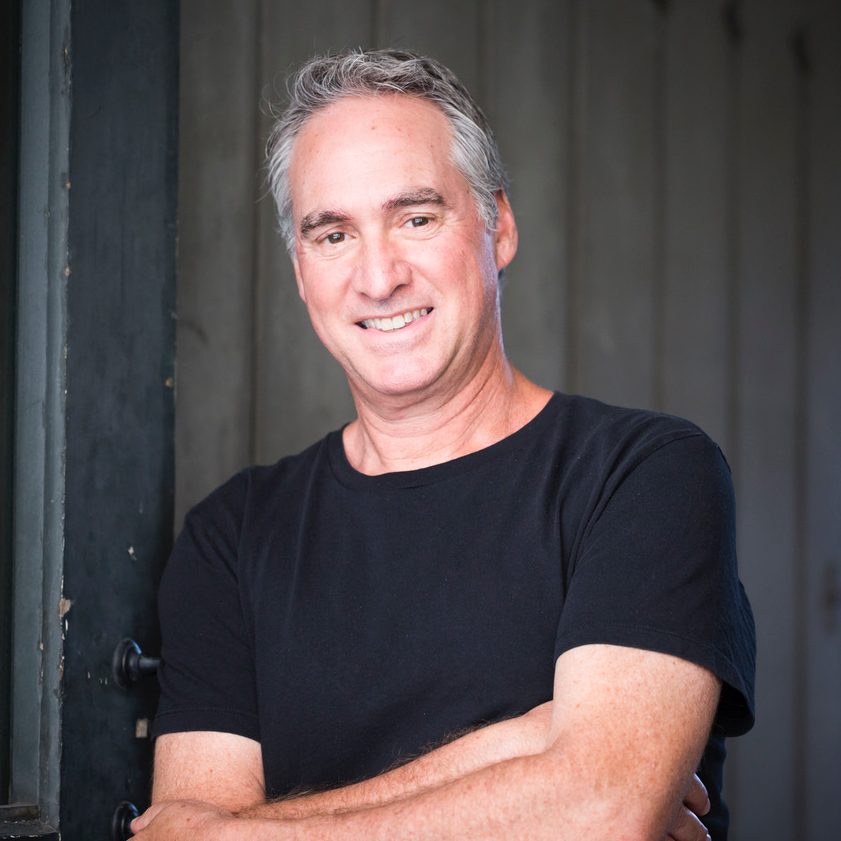 As the Futurist at ViacomCBS, Ted works across the leadership and the

Nickelodeon, BET, Comedy Central and the other key ViacomCBS

brands, exploring emerging tech for entertainment with an emphasis on 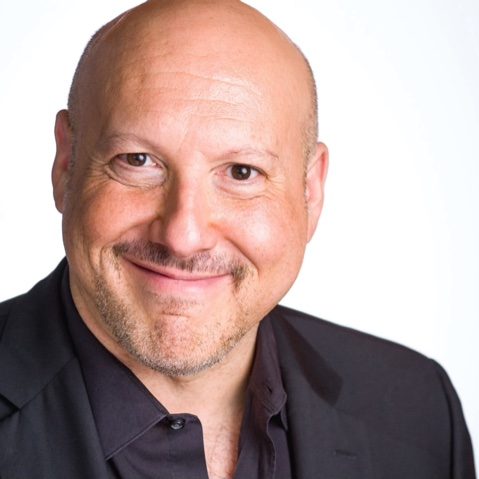