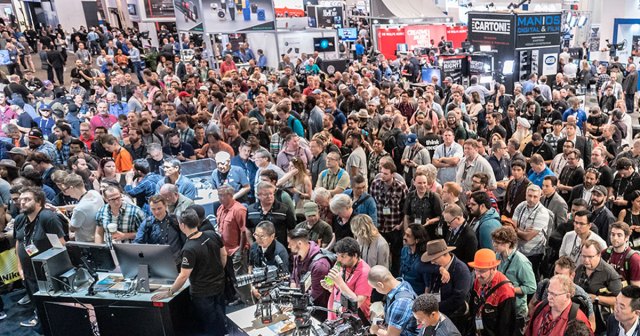 Last year there were several rounds of rumors about the possibility of Netflix users losing their easy access to high-profile sitcoms. In June, streamers despaired at the American version of The Office  leaving Netflix. In December, they fretted over Friends.

The rumors proved to be unfounded, but not impossible due to the rise of one of the biggest trends in the media marketplace — direct-to-consumer content models.

As the cord-cutting economy matures, major content creators are following suit. HBO has managed its own streaming content for years through HBO Go, while CBS All Access has been gaining ground, and NBC confirmed in January it would release a streaming service in 2020. Disney said it would release a streaming app in 2019 that would feature not just classic Disney properties but Star Wars and Marvel content as well.

Content creators will thrive when they effectively build their brand in a competitive streaming market. Along with disrupting the marketplace, the major streaming services have contributed to the changes in how content is produced. Content creators should prepare for the future now.

1. Learn new skills and tricks in the workflow of film and TV production

While many are anxious, this is a great time to learn new skills and take advantage of the shifts in the content development process.

For example, editors now are generally being asked to do other tasks beyond their normal job description. The lines between pre- and post-production tasks are blurring. With the rise of CGI and motion capture, arguably the biggest innovation in 21st century film, the distinct phases of filmmaking are changing; those involved in pre-production often must think about the visuals of the finished product more often. Nothing is happening in the same order that it used to happen. There is more outsourcing around the globe for these jobs, and many, many more freelancers.

At NAB Show, from April 6 to April 11 in Las Vegas, there will be a large number of technologists that can help you identify a path of new skills that you might need to learn. Being able to wear many hats will make workers indispensable in the new content job market.

Knowing a broad set of skills will set you up to succeed in the new landscape, where streaming platforms have set up their own content studios and studios are launching their own streaming platforms. This is true even on the local level, as broadcasters are hustling with ATSC 3.0, so they can deliver localized content to both digital device users and the latest generation of television sets.

As artificial intelligence reaches maturation, it is going to have a huge impact on workflow in the broadcasting field, and we’re already starting to see its influence on content curation and creation. Not only has AI been used to create personalized movie trailers, for example, AI is being harnessed to study trailers to predict what films audiences will want to see.

NAB Show has an entire theater dedicated to AI including discussions on how content is colliding with machine learning, the blockchain, and cloud technologies. The AI+Cloud Campus will provide you with the information to take on trends today.

Because of all the disruption, there is an opportunity in the content industry for those who are willing to embrace the challenge.

If you are interested in starting or needing to grow your own production company, NAB Show has a dedicated track as part of  Post | Production World, that would help you get started. Focused on providing hands-on training for content creators interested in refining their craft, Post | Production World also includes a Business Track that features sessions about working as a freelancer in the industry and even crowdfunding projects.

The Business Track is ideal for people trying to work independently in the industry, and even includes important discussions about the psychological toll of this work, such as a session on imposter syndrome. One of the most essential sessions of the track is called “Launching Your Creative Business,” an in-depth exploration of the business, financial and tax side of operating a young creative business. The session will be important for any new entertainment entrepreneur because it will go into the details of incorporating your business and handling issues with the IRS. Another important session, “Successful Strategies for Distributing Your Creative Product,” will educate attendees on how to get your creative work out into the world.

Distinguished contract lawyer Seth Polansky will lead another useful session in the Business Track, “Contracts for Creatives.” Polansky will provide tips for reading and understanding contracts for content creators; he will also outline contract red flags you should look out for.

Having a far-reaching network is now becoming extremely important for everyone involved in the content creation and distribution industry. It is more important than ever to connect one on one with actual people. This means that you should go to events — physical events attended by other skilled people — like NAB Show.

Because more people are freelancing in this environment, more people are working from home. Not only are workers in independent silos, content companies are becoming silos themselves as their content libraries become more specialized.

A very exciting element of NAB Show is its Birds of a Feather (BoF) gatherings, where industry experts and attendees gather to discuss and learn about various hot topics. These are great opportunities to not just learn about industry trends, but to actually meet and engage other members of your community.

The Community Mixers at NAB Show are more informal networking events, ideal for passing out business cards. Aimed at women working in the technical fields of film and video production, #GALSNGEAR will host several pop-up panel discussions and networking sessions at NAB Show, too.

Wide-ranging industry events like NAB Show don’t happen all the time, so take advantage of this opportunity to expand your business network. An estimated 100,000 industry insiders attend the show, which provides an efficient use of your time with easy access to innovators in media, entertainment and technology.

There is a huge list of exhibitors already signed up to take over the floor. What is unique about NAB Show is the diversity of experiences and the depth of the collective knowledge base there.

The breadth of the film and television industry will be at NAB Show, and so should you.