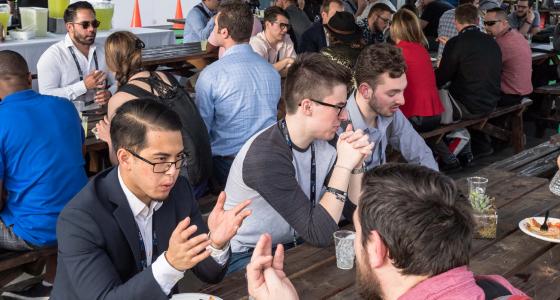 Millennials are now America’s largest generation ahead of the Boomers. Generally accepted to have been born between 1981-2000, we are complete digital natives. This means that even the oldest Millennials like me, have had Google since high school and have barely known a world without technology.

From the Boomer and Generation X perspective, the stereotypes persist of us being entitled, narcissistic trophy kids who need praise just for participating. Some other general traits include our disdain for large institutions (particularly financial ones), delayed adolescence (we tend to be late to the marriage/kids/house game- if at all) and our overall restlessness in the workplace. The last one in particular has caused a lot of issues in our workforce, with frustrated bosses frantically ordering foosball tables and Friday kegs, and HR directors finally letting everyone wear Zuck-inspired jeans and hoodies to the office.

On the bright side, we are pragmatic idealists- we want make the world a better place. We are willing to sacrifice large incomes for work-life balance which means we’re happy to shop at Target instead of Nordstrom if it means more time with family, friends or volunteering.

We’re free thinkers, big feelers, and according to entreprenuer.com- BIG social media users, spending an average of 5.4 hours a day on our favorite digital networks.

In the last year, there have been many shifts in our social media consumption. Here are the top three biggest ones:

Many of us millennials are grown ups now, with 1 in 4 of us having children. So it’s time to ditch that visual in your mind of millennials wandering around with our faces glued to our phones tweeting about Taylor Swift. We aren’t kids anymore, comprising 25% of the US population. On the BtoC side, as consumers we spent $600 Billion last year. On the B2B side, we are getting promoted to more authoritative roles with corporate budget decision making power. Because we are growing older, maybe we are also growing a bit wiser! We’ve realized that spending tons of time on FB actually makes us unhappy, makes us miss real life and makes us feel bad about ourselves comparing all the time to fake portrayals of life. According to Infusionsoft, 90% of millennials currently use social media, but research suggests that for more than half of us, social media is a chronic source of unhappiness—at least in some situations. Millennials who have practically grown up with social media are starting to recognize this, and are beginning to see the platforms they used when they were younger as more juvenile and less significant than they were previously. As such, surprisingly enough, non-millennials are using Facebook more than millennials, with our average usage time on Facebook flatlining. Instagram we are using slightly more with the addition of Instagram Stories. It’s all the fun filters and real time moments of Snapchat but with the larger existing audience of our Instagram networks. I predict Instagram stories will drastically overtake Snapchat in the next 2-3 years, although at the moment Snapchat is the only major social network who increased usage time by Millennials over the last year. Twitter is basically dead, with millennials greatly decreasing usage on this platform over the last year.

We are moving away from creating public broadcasts that exist online in perpetuity. We’ve realized through trial and error that these types of posts leave you vulnerable to your parents, work people, neighbors, exes, and whoever else you forgot you were connected to. We are primarily sharing other outlet’s content and being voyeurs of our newsfeed, but the original sharing of personal updates is down 23% since April 2016 according to Facebook. Over the last year, the pressure has increased to publish content that generates lots of engagement…so much so that many us would rather not post at all! Production quality by influencers and brands has risen to the point that many of us don’t feel as confident in our ability to create awesome posts. The last year has shown that most of us prefer to share other peoples, brands, and media outlets (like radio!)’s content than create our own.

At the same time, we are increasing our time spent with smaller, more closed networks like private Facebook groups, direct Snapchats, Snapchat groups, protected Instagram feeds, and messaging apps like WhatsApp, FB Messenger, Viber and GroupMe. We are gravitating towards the personal touch, transparency and collaboration that this type of one-on-one communication allows. In fact, Business Insider Intelligence claims that WhatsApp, Facebook Messenger, Viber and WeChat together have more total Millennial users than the big networks all put together (Facebook, Twitter, LinkedIn, and Instagram).

3) All things visual- video, emoticons, AR/VR- are exploding in popularity.

Live streamed video content, emoticons replacing text, augmented reality and virtual reality are consuming the majority of our social media time. Facebook Live, Snapchat’s Selfie Lens, Snapchat’s Masquerade, (users can record video-selfie animation)- all of these fun filters are crushing it in terms of keeping us engaged, entertained and most importantly, continuing to create and upload! These filters and lenses are breathing life into otherwise boring moments like driving to work, and are really capturing our time and attention.