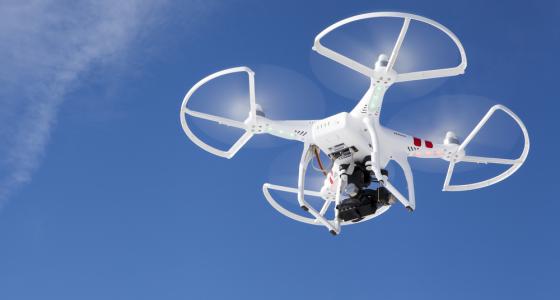 Drones. Virtual reality. “Cord nevers.” The key media and entertainment industry trends that will drive discussions and presentations at the 2016 NAB Show, April 16 – 21 in Las Vegas, showcase how much technology is changing this decade – and how content consumers and their tastes are changing with it. Returning trends such as the evolution of 4K are still very much in the limelight, as well. Together, these trends make it one of the most engaging times to be working in the industry.

Research by the Consumer Electronics Association expects sales of VR headsets to reach 1.2 million units over 2015, a 500 percent increase over last year; associated revenues are projected to exceed $540 million. Immersive content, though still in its early days, will play a big role in NAB Show discussions. By 2020, the VR/AR market is projected to reach $150 billion, according to a recent report from Manatt Digital Media. Though VR, AR and 360 allow for more immersive experiences, there are quite a few impediments to conquer before it becomes mainstream – from headset accessibility, comfort and pricing to learning how to maintain audience attention; tackling production challenges; figuring out the role of advertising; and more.

The Era of Drones

The drone landscape has significantly matured since last year, with the global commercial drone market expected to reach $2.07 billion by 2022. Last year, the FAA approved drone use on film and TV sets. Presently, nearly 10 percent of all productions use unmanned aerial vehicles (UAVs), including “Criminal Minds,” “The Leftovers,” “Narcos” and “Supergirl”; Audi, Tesla, Chrysler and Nike commercials; films and more. Content showcases dedicated to the practice are surfacing – from the New York Film Festival and Festival CinéDrones in France to the International Drone Film Festival in the UK. Major tech innovators are capitalizing on the trend, with companies including Facebook and Google racing to stake their claim in the market with smaller, affordable, higher quality drones.

Consumers today spend almost as much time viewing media as they do working a full-time job, watching an average of 38 hours of video per week. As demand for increasingly portable entertainment rises, content providers and advertisers face an arduous battle as they compete with the second-screen for audience time. Watching video is no longer a linear activity but a communal experience, with social media connecting audiences viewing live, streamed and on-demand content. It also provides a real-time feedback opportunity for advertisers, who can measure activity and fan engagement on social networks such as Twitter to gauge audience reception to ads. About 86 percent of Facebook users currently interact with a second-screen while watching programs, with activity peaking around prime time, and Twitter users are 66 percent more likely than average to interact with the online content of a show. Last year, Nielsen announced a plan to overhaul its audience measurement system with new metrics spanning popular platforms and devices for advertisers, buyers and networks before the end of the year.

The Evolving OTT Landscape: From ‘Cord Cutters’ to ‘Cord Nevers’

With more than 181 million people in the US predicted to watch video via an app or website this year, there’s no denying that over-the-top content (OTT) is mainstream; though its arrival has been controversial. While cord cutters currently make up less than 10 percent of Americans, their ranks are increasing, along with “cord nevers,” an emerging category of viewers who have never paid for a cable subscription. A Forrester research report released last fall forecasts that half of adults under the age of 32 will not pay for TV by 2025. The future of OTT will likely be largely subscription based – of the estimated $185 billion the overall TV and video market made last year, subscriptions were responsible for $104 billion!

Ultra HD and High Dynamic Range: A Time of Transition

Last year was a time of evolutionary developments in Ultra HD (UHD) and High Dynamic Range (HDR) – from UHD TV sales growth to newly announced HDR TVs, expanded 4K and HDR content offerings and the launch of dedicated 4K UHD channels. France Television, Sky Deutschland and BT Sport successfully delivered live 4K UHD sports broadcasts this year, and NHK will be running a series of 8K UHD broadcast tests in 2016 in time for the Rio Summer Olympics. Currently, most 4K content is available via streaming services such as Netflix, which revealed 14 new 4K shows and films slated for release through the end of 2016. Live broadcast is catching up – with NASA already running test broadcasts for a new 4K UHD TV channel.

The shift from Serial Digital Interface (SDI) – the first family of digital video interfaces standardized by SMPTE – to IP in live production is slowly getting underway but is anticipated to be one of the most disruptive transformations in industry history. IP is opening new doors for flexible, remote live HD, UHD and HDR production workflows and next-gen over-the-air transmissions. Fox is already working on 20/20 visions – its live IP implementation, which was recently tapped for the Women’s World Cup in Canada. Using Adobe Creative Cloud, the studio’s teams were easily able to share and edit content between LA and Vancouver facilities. IP adoption is still in the early stages for live production, and several questions remain, especially regarding which environments make the most sense for IP.

It can be a challenge to keep up with the rapid pace of change in the industry; make sure you’re in tune with the latest trends by attending NAB Show in Las Vegas.