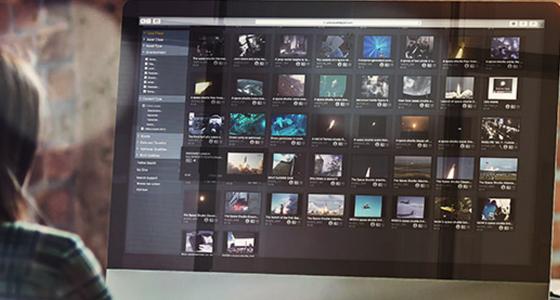 The majority of rightsholders create content and use it once before sending it to an archive. Historically those archives have been “cold” archives, intended simply to preserve and protect the content and not to make it accessible for further use – hence the term cold.

Industry trends are shifting away from cold archives toward not just active archives, but dynamic archives, meant not just for preservation, but for multiuse. Preservation is certainly critical, yet more and more archives are becoming a destination for licensing, reselling, and distributing assets to various third parties — from broadcasters and filmmakers to advertising agencies and beyond. Anyone with high-value video content, such as iconic moments in history, sports, or pop culture, can use a dynamic archive to generate a new source of revenue.

There are some things for a content creator and/or rightsholder looking to create a new revenue stream for their organization to consider when implementing a dynamic archive:

1. Start in the cloud. Traditional archives and MAM systems store content behind a firewall, likely on LTO tape, where it is inaccessible to anyone outside your organization (i.e., the ones who might want to buy it). A cloud-based MAM application that is also tied to licensing will turn what was once just a storage expense into revenue.

Therefore, the first step is to store your assets in a cloud-based platform, where they are more easily searchable and distributable according to strict security policies. Putting content in the cloud might seem counterintuitive, but it’s actually the key to a successful workflow.

2. Maximize your metadata to monetize. In the cloud, enriched metadata makes otherwise stagnant or lost assets searchable, discoverable, and shareable. Most assets enter an archive with a full load of technical metadata and sometimes even basic descriptive metadata, but that metadata isn’t enough for monetization. You really need a thorough description of the content so that you can find it and turn it into clips that people request.

3. Have a monetization strategy. It’s not just about having metadata and being able to search your content. You must be able to sell and distribute that content to a third party. That means you need a partner who not only has a background in media asset management, but expertise in licensing content as well.

4. Create the right workflow. The right workflow starts in the cloud, with a cloud-enabled MAM system built not just for management, but for monetization. Putting the right software in place makes it easy to build a specific workflow for any given request — a workflow that includes finding and tagging assets, creating clips, and making those clips accessible to third parties.

The broadcast network for professional American football needed footage of college players in order to create shoulder programming around the most recent annual pro football draft. Because Wazee Digital has the licensing rights to resell footage on behalf of major college conferences, the broadcaster commissioned Wazee Digital to collect all the video clips, as it has every year since 2014. Here’s how it worked:

When the broadcaster sent Wazee Digital a list of about 450 draftable players at the beginning of the 2015 college football season, researchers scoured Wazee Digital’s MAM system, which was born and raised in the cloud, to find video highlights of all those players.

Researchers created multiple clips for each player and attached detailed descriptive metadata, such as the player’s name, school, age, and position; the move that happens in the clip (sack, touchdown throw, reception, etc.); and the game date and opponent. Clips then went into the appropriate bins created for each player. Researchers then granted the broadcaster selective access to the bins to get feedback.

In the end, researchers created roughly 11,000 clips in a labor-intensive process that took about six months. When the research was complete, the broadcaster logged in to the MAM system, viewed the bins, and downloaded the assets. The broadcaster then used the clips to create promos and features to run before, during, and after the televised draft.

Because the broadcaster paid for that highly curated set of clips, Wazee Digital can now make any of those clips available to the broadcaster’s affiliates or franchisees for further use.

Content sitting in an archive potentially has tremendous value. To unlock that value, one needs to work with a partner rooted in licensing and rights management, and implement a cloud-enabled MAM system designed not just to manage assets, but to sell them.