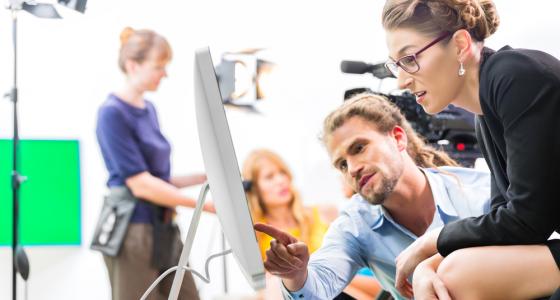 With consumers making their own prime-time schedule on multiple devices each night of the week, reaching an audience with video content has never been trickier for advertisers. Even with a massive TV ad budget, on-demand services and cord-cutting bundles offer whole segments of the population a way around old-fashioned ads.

Facing these challenges, media buyers have to see the big picture when deciding when and where to run digital video, and the landscape is changing by the day. The best approach must take into account each variable in content production, broadcasting and promotion. The 2016 NAB Show features several educational opportunities on these topics, including a Super Session, “Where’s All the Ad Revenue? Media Strategies Unleashed in a Dynamic Multiplatform Environment,” with special presenters Jason Schragger, chief creative officer of Saatchi & Saatchi LA, and Chris Macdonald, president of McCann New York. And all NAB Show attendees can visit The Advanced Advertising Theater, a must-see attraction on the Show Floor that will host a series of Ad Tech-focused presentations.

Where the Eyeballs Are

Finding the eyeballs a client needs has never been a tougher challenge, so it all begins where digital content is actually being consumed. According to eMarketer research, U.S. consumers view half their digital video content on mobile devices as of 2015. Meanwhile, only one-third of the ad spend on this content was devoted to mobile. The research says it will take until 2019 for desktop and mobile to get equal dollars for video.

If you have an idea where your target consumes content, you start with an advantage. New channels are launching by the day, as are streaming services, apps and cord-cutting packages. Staying on top of the audiences viewing content in these mediums gives agencies an upper hand when looking to place a spot on behalf of a client.

According to Michael Klein of Conde Nast Entertainment, getting the video to the biggest audience involves creating content channels as well as fully monetizing video through distribution via Apple TV, Roku, Xbox and Web services such as AOL or Twitter. Millennials clearly prefer on-demand services, and YouTube continues to be a driving force, yet new channels are emerging from companies both massive and small.

Even with the ideal landing spot in mind, agencies have to depend on a production solution that works for the mediums in question, and that may come from an in-house content team. For example, The New York Times has taken to producing videos for advertisers to roll on its website and app.

Looking at the social media landscape millennials frequent, agencies can take stock of the leading producers in each field. In the case of Vine, content producers with a large following are open to being hired by major brands, as long as the terms are right. Bear in mind that standard rules apply to these partnerships. As Vine star Ry Doon has noted, a six-second video could take eight hours to produce.

If there were one factor to rank above the rest, level of engagement would be it. Seeing consumers respond passionately to video content is the goal of any spot, as they immediately look to consume more on the same channel. The brand associated with this quality product becomes an instant winner.

Digital content strategy can take many forms and move through countless channels. For a better grasp of the parameters involved, “TV Everywhere: Meeting the Multiscreen Challenge” will feature a panel discussion on the topic, while “How to Reach Millennials With Digital Video” narrows down the audience for advertisers.

If you’re an advertising agency grappling with the overwhelming landscape of digital video, NAB Show, April 16-21 in Las Vegas, has everything you need to know from programmatic to social media to media planning. Use code BA52 in registration before April 1 for a free Exhibits Pass, which gives you access to exhibits, including The Advanced Advertising Theatre, and general and info sessions. For access to your choice of three sessions from the Conference Program, you can add a Session 3-Pack for just $150.