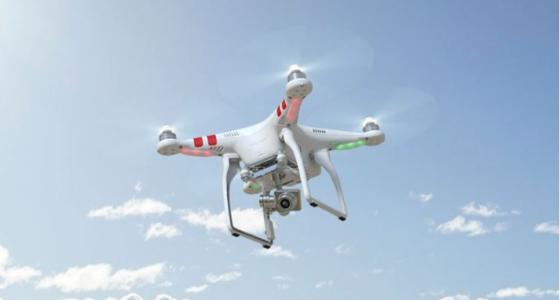 Multicopters may prove to be the most game-changing newsgathering and production tool since the pneumatic microwave mast.

Mere weeks after a quadcopter crashed on the White House lawn, several drones said to be quadcopters were seen over landmarks in Paris France including the Eiffel Tower and the US embassy. Let’s start by acknowledging that drones are in and on the news and it’s not always good. As uncomfortable as drones can make a lot of people feel, they also promise to be a powerful and game-changing tool useful for many groups of professionals from farmers to video production companies and newsrooms. And, they’re fun to learn about and fly.

Right now, if you want a velvet smooth 6’-150’ live pedestal-up camera shot during a scene you either need a real helicopter with an expensive gyro-stabilized camera mount or a giant jib arm. Once government decides how to govern a rapidly expanding drone population while maintaining public safety, the cost of all the hardware needed to create that same live scene will drop to about half the price of a nice new camera tripod system.

When legal, producers and directors can get fabulous shots with significantly more flexibility and control, at HD, 4K or better resolutions on a camera platform that costs pennies to launch and operate. Compared to an average helicopter jet fuel consumption rate of about 30 GPH, and paying the pilot, who passes along maintenance fees, licensing fees, hangar fees, the cost of the camera, gyro-mount, and travel time, it doesn’t take many helicopter hours to pay for a squadron of always-ready rechargeable drones that shoot and transmit HD or UHD to local receivers. We’ve all seen small cameras fixed atop ENG microwave masts. News drones are an exponential improvement to that concept.

The problem for right now is that it’s not legal to fly a drone in the USA for commercial purposes. A few one-time commercial drone flight permissions have been granted but are quite rare. However, in the USA many indicators imply the Federal Aviation Administration (FAA) is preparing to ease up on commercial drone-flying requirements and restrictions and lead with some needed rules and guidance specific to small commercial drones. While broadcasters are among many businesses that could benefit from new rulings, permissions and requirements, imagine the congestion problems as affordable private and commercial drones proliferate.

Not intended as legal advice, but at this moment the key general flight rule to follow is to never fly in or near controlled airspace, such as an airport. Flying below 400’ in unrestricted airspace feet for fun but not money is not a U.S. federal offense. However, people’s attitudes and local laws vary. Some cities, areas and events ban drone flights outright.

In areas where there are no drone bans, pilots still risk prosecution for reckless endangerment and/or obstruction of police or emergency services (both felonies), and/or invasion of privacy, which could be upgraded to a federal offense.

Are you insured for drone flight liability? Do not assume your auto, home, professional or company insurance will cover any injury or property damage claims or lawsuits should you have a drone accident. In other words, be careful where you fly and what and who you fly over. Learn, experiment, play and have fun, stay mindful, responsible, cool and professional, and don’t use the images commercially.

A drone is loosely defined as any remotely guided unmanned aircraft or vessel. Unmanned Aerial Vehicle (UAV) typically describes an airborne drone too small for a person to ride in. Many UAVs are fixed wing aircraft built to travel long distances at higher speeds, built primarily for military missions such as remote surveillance or to blow things up.

A more public-friendly subset of UAVs are multicopters, which include tricopters, quadcopters, pentacopters, heaxcopters, and octocopers. Sometimes they’re called a sUAS (Small Unmanned Aircraft System). In this article, all will be generically referred to as quadcopters because right now, that’s what most are. Regardless of the number of rotors and size, quadcopters are all birds of a feather so to speak, because they are specifically designed to be ultra-stable, ultra-mobile aerial platforms that are ultra-easy to fly. Last century, Sci-fi writers and dreamers called this concept a skyhook.

The CX-10 is called the world’s smallest quadcopter and it flies like the big ones.

A car is a car

“Toy” quadcopters are quite practical for live learning. Without an on-board camera they are an easily replaceable real-time training device. “Toy” quadcopters sell for prices so low that nearly anyone can afford to practice and learn by trial and error. A worst-case learning disaster with a 5 ounce “toy” quadcopter might result in USD $50 worth of damage, tops. Don’t belittle the word “toy.” In the eyes of current federal law, all legally operating quadcopters are toys.

Fun Fact: Most small “toy” quadcopters are pre-programmed to do one-button, in-flight flips and rolls that have nothing to do with cameras.

The Hubsan X4 is another inexpensive quadcopter training device. Note: It uses the battery connector for an on-off switch.

Inexpensive quadcopters are available from multiple sources, mostly on the Internet. Prices for complete quadcopter ready-to-fly systems with controller and charger start around USD $20. It won’t come with camera at that price but you can learn how to fly a generic quadcopter platform for the price of dinner. Several larger and more stable camera-less models from various manufacturers are available at Amazon.com and other sources for under USD $60.

Another digit takes you to the higher-end of the camera-less quadcopter world. For about USD $600 you can purchase one of the most popular and sophisticated quadcopters designed for video production and aerial photography in the world, a DJI Phantom 2 (without a camera or gimbal). A gimbal and camera such as a GoPro can be added later although at that point there are more high-end quad and octocopters to investigate.

Quadcopters and accessories often ship directly from Asia and can require a few weeks for delivery. The parts that are most frequently damaged during flight are the blades and blade guards. Order extras when ordering a quadcopter and keep them on hand so training isn’t interrupted by a learning experience. Spare parts are inexpensive but they may take a month or more to get.

Even the tiniest 4.2 ounce $20 toy quadcopter can be dangerous. Sharp, rapidly-spinning quadcopter blades can bruise or cut skin, or seriously damage an eyeball. Nearly all quadcopters are powered by ultra-lightweight Lithium Polymer (LiPo) power cells. LiPo cells produce the large amount of sustained current needed for the brushless motors without adding much weight. They can get hot. Improperly charging LiPo batteries or a short circuit can cause a fire. Most quadcopters include built-in over-current protection in case a blade jams or collides, but a few have been reported to catch fire when overloaded.

Quadcopters achieve airborne stability with pairs of props pitched in opposite directions. Although a quadcopter may appear to float in the air, it has no fixed wings and it glides like a dumbbell. One can drop from the sky for a number of reasons, usually related to operator confusion, distraction or error. They’ve also been attacked and taken down by eagles and hawks.

A fully loaded quadcopter system can weigh as much as a two liter bottle of pop. The more a quadcopter system costs and weighs, the harder it crashes and the more likely it will be to cause serious expensive damage and injury to what it hits, and to the craft, landing gear, camera and gimbal. Quadcopters come pre-programmed to auto-land or return to home by GPS and land when its battery runs low but they aren’t exactly fail-safe. Clearly, collision avoidance and fail-safe operation is where the technology is headed. Imagine what that will bring.

This personal squadron for fun and training cost less than $150.

Right now, it’s safest to start learning indoors with a smaller and lighter “toy” first so nobody gets hurt. Consider it learning to drive a stick shift in a parking lot. GPS, cameras, gimbals and camera controls and automatic navigation will come with time. For now, let’s start with basic quadcopter principles and piloting.

ESC is the acronym for Electronic Speed Controller. An ESC is used to separately control the speed of each motor. The Flight Control System is a network of controls that allow the remote operator to pilot the craft by ESC. It may be a single chip or a system integrating a gyroscope, accelerometer, barometric altimeter and GPS system to track movement and/or hold position. When the integrated package is housed in single unit it’s sometimes called the IMU (Inertial measurement unit).

Some advanced Flight Control Systems include pre-programmed GPS flight points and flight memories. This allows not only repetition, but it can fully automate autonomous operation without the need of remote RF signal control.

Most quadcopter remote controllers operate in the 2.4 GHz Bluetooth band. Controller distance ends at about 25-50 yards for toys. Better systems can range 1000 yards or so, depending on conditions. Most RF video backhaul distances will be less. Most quadcopter RF control systems are at 4 or 6-channel, meaning you can fly in the same area with a few other quadcopters operating at 2.4 GHz.

As we prepare for our first flight, you might have noticed that the printed instruction translations that came with your quadcopter might be a little vague. In Part 2 of this series, we’ll translate the translations, grab the remote controller, power-up, take off, fly, land, recharge, repeat and shoot some video.