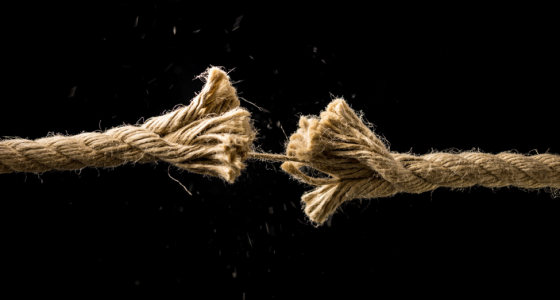 Doug Sheer, the CEO and Chief Analyst of DIS Consulting, has been researching the media industry since 1982. In his interview with Digital Production Buzz, he said something that’s been echoing in my head ever since.

During the interview, my co-host Mike Horton asked: Why are cameras that used to cost $100,000 now less than $10,000?” And Doug responded: I don’t think the media industry has recovered from the recession of 2008. So many companies are on the financial edge. I expect to see a number of acquisitions in the not-too-distant future.

NOTE: Doug’s interview is well worth your time. See it here:

This started me thinking that we’ve set ourselves up to fail. Everyone of us loves to get something for free. Or, if we can’t get it for free, we want to save a ton of money when we do buy it.

After the financial meltdown in 2008, no one was spending any money. So, companies lowered prices just to get something to sell. As every business owner knows, payrolls don’t stop even if sales slow down.

Except that now, changes were coming so quickly and prices were dropping so rapidly, that a new sensibility arose in customers: “The longer you wait to buy, the better and cheaper the product you want will become.”

This new paradigm tends to paralyze the market. I see this every day in my email from readers and hear in it my conversations with vendors: Why buy now when, if I wait, it will be faster and cheaper?

We find, as Doug described, that we are in an untenable situation: vendors need us to buy today to fund the development of tomorrow. Customers are reluctant to buy today because they know something better will be released tomorrow. And an industry finds itself in a precarious position of needing sales that aren’t forthcoming.

Companies roll-out special prices when they want to spur sales during slow periods of the year. But what happens when every sale is a “special price?” I’m not advocating a return to higher prices, but I am pointing out that we have a serious expectations disconnect between buyers and sellers; one that is only going to get worse.

This situation occurs on the creative level as well. Client expectations are Internet-driven, where everything is free and instantly accessible. However, hidden from obvious view is the fact that everything on the Internet needed to be funded by someone. “Free” does not provide a rationale foundation for running a successful business. And Google ad words don’t make up for a budget founded on “free.”

The center can not hold and, at some point, in the near future I suspect, things are going to break. As Oliver Hardy put it so perfectly: “Well, here’s another nice mess you’ve gotten [us] into.”