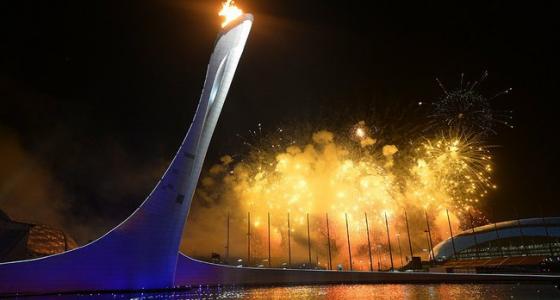 Despite discussion of audience fragmentation, which is occurring for news, drama, comedies, and perhaps even movies, live events are in fact attracting larger and larger audiences. For example, February’s NFL Super Bowl XLIX is expected to have reached an average of 114.4 million U.S. viewers, making it the most viewed Super Bowl game to date. The steadily climbing number of viewers is not unique to NFL games, with live events continuing to attract bigger and bigger audiences.

While the 2015 Super Bowl was primarily mainly watched by American viewers, rotating host international sports competitions are also frequently attracting larger international audiences, notably events such as the Olympics and the World Cup. Going back to 2012, The London 2012 Olympics, for example, was viewed by an audience of more than 3.6 billion people worldwide. The 2012 London Olympics were also streamed heavily online with official broadcasting partners being responsible for 1.9 billion online video views. The year 2012 also saw the introduction of both live and on-demand Olympic Games content via an official Olympics YouTube channel, which was streamed a total of 59.5 million times, of which 34.5 million were live.

A Number of Factors

Key contributors to the increasing audience size are many, but include:

Events Will Become the Only True “Live”

The ever-increasing audience accessing live broadcasts and streams is, of course, of great benefit to broadcasters and is in demand by advertisers wishing to increase their brand awareness. In addition to the increased viewership and opportunity for ad views and the ability to charge extremely high rates for ad slots, a study from Nielsen claims that ads shown during the Super Bowl can provide opportunities for repeat exposure that lead to memorability. NBC’s heavy promotion of The Blacklist during the Super Bowl showed immediate gratification for its heavy ad-based promotion. This follow-up content was estimated to have 26.5 million viewers, a major increase in this viewership of scripted programming.

As history demonstrates, it is likely that the audiences for live events will continue to grow. Global events now are able to draw increasingly large live crowds, but for those who are unable to make the travel to foreign countries to participate in these events as they happen, the increasing availability of live content means that consumers are far less likely to miss out.

From an industry perspective, virtualization is working itself into the broadcast workflow. Major broadcast organizations are finding ways to invest less in broadcast centers and have the overflow to the cloud for their largest event capacity. Amazing cloud-based workflows have been shown, such as EVS/Elemental discussing the World Cup production flow while iStreamPlanet, Adobe, Akamai, Microsoft, and others have shown workflows used in both the Olympics and the Super Bowl.

When you put together the supply (workflow) and demand (consumer) sides of the equation, we see significant elasticity in the number of available channels on any pay TV system. Drama and comedy channels will be personalized and delivered on-demand (integrating start-over, catch-up, and VOD seamlessly), news content will be delivered in a linear channel with personalization based on specific interests, and, yes, live events will appear at the forefront of our experiences and should receive significant promotion by content holders and distributors alike.