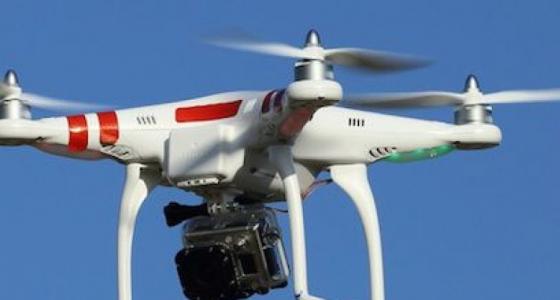 They’re weapons in the war on terrorism. They’re tools for patrolling the US-Mexico border. They’re trackers of drug smugglers.

Increasingly, military agencies, government agencies and universities in the US are employing drones — small, nimble unmanned aircraft — to put eyes in the sky for an array of purposes. But as sexy as drones are, one expert suggests that we shouldn’t be fixated so much on the aircraft itself but on the capabilities of the aircraft.

“It’s not about the drone. It’s about information. It’s about data. Drones are there to collect information,” said Sean Varah, CEO of MotionDSP, which provides software that dissects data from videos shot with drones.

“It’s the processing of the information they collect that’s actually the interesting [part],” he added. “You put up a drone in the air not because you want to play around with your remote-control drone.”

Rather, someone sends a drone into the air to answer a question or solve a problem. One question could be, “How can we better monitor drought conditions?” To get that answer, a government agency or a university might dispatch a drone to gather data about water supplies in local lakes, rivers and streams — data that could be hard to collect on foot or from a helicopter.

“Drones can get to places that humans can’t,” Varah said, “or they can get there in a much safer way than people can.”

One drone use that’s gaining ground: search-and-rescue operations carried out by public safety agencies. For instance, a drone can aid in the hunt for a missing child in the rough terrain of a national park.

“Search and rescue is a very good example of something that drones can be very good at,” Varah said.

That’s why the Austin Fire Department in Texas teamed up last year with researchers at Texas A&M University. The department and the university are testing the use of drones for emergency response, including search-and-rescue missions.

Recently, Varah’s company announced it’s collaborating with several drone research sites in the US that are studying how to apply this technology to the public safety, oil and gas, agriculture, health and wildlife sectors. Those sectors are beginning to embrace technology that’s been prevalent in the military for about 10 years, Varah said.

“Only in this past year have they become really commonplace. It’s a really new thing,” he said.

Acknowledging the “very valid” privacy concerns raised by drone critics, Varah said, “I’ve seen all the good things you can do with aircraft that have cameras. … You can really help people, and that’s what I’m looking forward to.”

As this technology evolves and more users adopt it, he added, “These drones are going to provide a much richer source of information for us.”