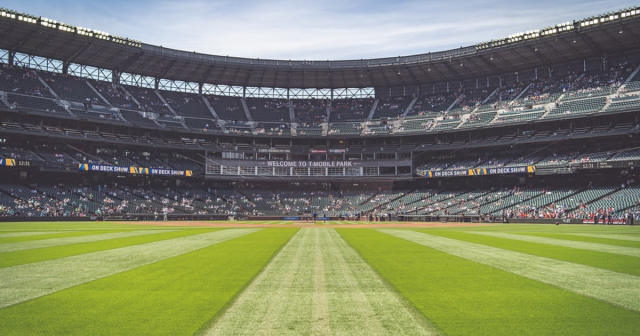 Stop me if you’ve heard this before (no doubt, you have): media consumption, particularly video-based media, is increasingly becoming an active experience for viewers; and in order to create compelling media moving forward in the era of the smartphone, producers must account for this new paradigm in consumption habits.

Despite the narrative of the lazy millennial, the reality is that young consumers thrive on perpetual engagement – both through the customization of their content and through constant decisive stimulation, like any good video game. What seems at a distance to be a kid staring dead-eyed into a rectangular iVoid is in fact a person rapidly acquiring new information on the fly. Chuck Klosterman recently commented on the effectiveness of Twitter being the idea that, any time you look away, there is something wonderful and fresh to be found when your gaze returns to your feed: a distinctly 2018-level psychology that has now seeped its way into any form of content worth consuming.

As far as live programming goes, sports is clearly the king. The Super Bowl (and NFL in general) dominates like no other. Social media as a vessel for discussion and reflection on the action in real time has become the default method of viewing for many. The NBA in particular has embraced the value of an active fan base excitedly sharing ideas and videos – while providing free advertising for the product and presenting additional opportunities to be marketed to by paying advertisers – to the point that “NBA Twitter” has become a defined culture of its own.

It should come as no surprise that fantasy sports has become a multi-billion dollar industry, and one that is increasingly becoming a core element of the sports viewing experience. Fantasy sports presents its own form of customization outlet – build your own team and show how much better you are than everyone else! After being treated as something of a nerdy sideshow for years, broadcasters and leagues now directly incorporate fantasy elements into their product on the front end. NFL broadcasts now prominently display updated fantasy stats on the ticker at the bottom of the screen and feature in-game updates geared toward the fantasy player: a desperate attempt to steal the gaze of the viewer who is otherwise furiously refreshing their ESPN Fantasy app on their phone or scrolling through the myriad browsers opened on their computer.

Then there are video games, whose effect on all-things consumption continues to accelerate. Ask any teacher about the term “gamification” and prepare for a sigh. And video games themselves continue to evolve as a format: this effect will soon be reflected in other video content. Video games were once a linear experience – literally. Think about the early Mario games, where the goal was simply to get from one side to another; from the left side of the screen to the right. And now consider what modern Mario environments (or GTA, or any number of story-based first person games) look like – massive worlds ripe for exploration where the user may not even follow the directive storyline allotted to their character.

The next logical direction is for a sports league to integrate all of these use cases – fandom, fantasy sports, video games, etc. – into a single product, where a digitized, decentralized front office maintains complete control over decision-making and is compensated for successful engagement accordingly. Someone should look into this…

This active viewer model goes beyond even sports, as fictional television series continue to understand the value to be derived from an active viewer through hashtags capturing user-generated promotions and apps that literally guide viewers through the stories that they are watching – anything to avoid the fate of a DVR-induced fast-forward through advertising. In order to create truly rich stories, there is a complexity inherent that sometimes requires groupthink to fully embrace. Who among us could possibly have understood what was going on in Westworld without Reddit threads? Good content increasingly relies on an audience getting itself educated, particularly those broadcast in serial format.

And let’s not forget the massive integration of live viewer voting into such unscripted competition ratings hits as NBC’s The Voice, which has been leading the way since 2013.

Even MBA courses at Harvard have live-tweeting as a requirement.

According to an eMarketer survey on consumption habits, 51% of television viewers in 2014 used their smartphone while simultaneously watching their favorite shows or sports (the so-called “second-screen experience”). By 2017, that figure grew to 74%, and that total will undoubtedly approach 100% moving forward (until Jeff Bezos or Mark Zuckerberg has figured out how to merge these experiences into one seamless screen, RIP Google Glass).

We are embarking on a cultural revolution wherein technology and connectivity allow us to capture ideas, energy, and dollars like never before. We also have a new generation whose life experience necessitates immediate and seamless engagement. This combination presents an unparalleled opportunity for content creators and distributors. The audience will increasingly become receptive toward opportunities to interact, and in fact will demand that this be a natural component to their video consumption experience. It is only a matter of time before cinemas drop that disclaimer at the beginning of all movies telling you to put your phone away, though this remains the last bastion of freedom from the connected viewer.

The smarter we can be about implementing intelligent engagement practices on the front end, the more likely we can avoid a fate of Mike-Judgian proportions in this brave new world.