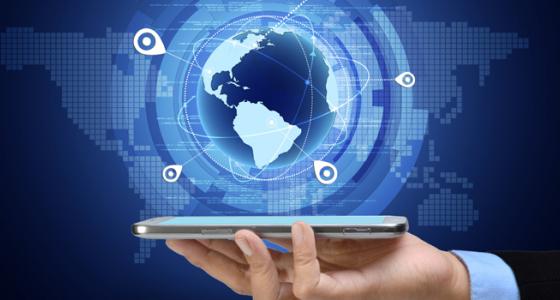 Both terrestrial and extraterrestrial technologies — notably wireless and satellite — promise to contribute to the meteoric rise of the Internet of Things (IoT).

Market research and consulting firm NSR predicts satellite’s part of the IoT market and the related machine-to-machine (M2M) sector will exceed $2.4 billion in 2024, up from $1.4 billion in 2014. IoT and M2M via satellite have “significant room for growth,” NSR says, particularly in sectors such as shipping, agriculture, land transportation and government.

Certainly, low-earth-orbit satellites (LEOs) and other NewSpace innovations will come into play in the IoT and M2M growth, as Google and others seek to capitalize on their heavy extraterrestrial investments.

With 50 billion Internet-connected devices expected to be in operation in 2020, including computers, smartphones and tablets, both satellite and wireless will coexist in the IoT market. NSR says that “even a small sliver of devices being connected to satellite networks will allow the consumer IoT market to grow well into the future.”

What does the IoT future look like? In the consumer realm, experts envision “everyday objects” such as cars, homes and kitchen appliances communicating with one another — sharing data and completing tasks. According to market research company Gartner, the typical home could contain more than 500 IoT-friendly “smart” devices by 2022.

IoT also holds great potential in the business sector. For instance, IoT opportunities for audio and video distribution in the business world are “substantial,” according to Jimmy Schaeffler, chairman and chief service officer at The Carmel Group, a consulting firm whose specialties include satellite TV and satellite radio. Schaeffler will moderate a Content & Communications World/SATCON discussion Nov. 11 about the Internet of Things.

For IoT-related businesses, there’s a lot at stake. Market research company IDC predicts global spending on IoT — primarily on devices, connectivity and IT services — will reach $1.7 trillion in 2020, up from $655.8 billion in 2014.

One company placing a big bet on satellite- and wireless-linked IoT is Sigfox, a French startup that specializes in low-cost wireless networks.

Through something called the Mustang project, Sigfox, along with partners Airbus Defense and Space, CEA-Leti and Sysmeca, is working on a hybrid system of earth- and sky-based technologies to enable IoT connectivity all over the planet.

“Seamless and constant Internet of Things connectivity between continents and over the oceans will be a giant step toward realizing the IoT’s full potential,” Sigfox CEO Ludovic Le Moan said.

As for the role of wireless in IoT, experts say modern-day networks won’t cut it. Current bandwidth does not meet the needs of large-scale IoT rollouts, according to the Wireless IoT Forum, because of power restrictions, communication interference, regulatory constraints and other roadblocks.

“It is clear the Internet of Things is a key technology to boost productivity, alleviate key societal challenges, improve our working lives and to deliver growth and employment,” said William Webb, CEO of the Wireless IoT Forum. “For these reasons, it merits a higher level of regulatory attention than many other wireless applications.”

Webb said that although the IoT market is “gathering significant momentum” around the world, fragmentation in the wireless market presents a “very real” risk to the widespread delivery of IoT services.

As those standards are being worked out, satellite innovators will be working on taking advantage of what NSR says are the “lucrative opportunities” presented by IoT and M2M.