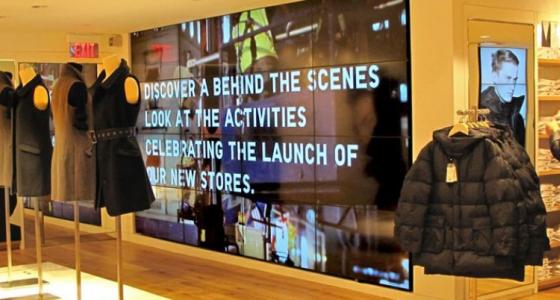 If you’ve been wondering when your refrigerator will start talking to your smartphone, or when your tablet will begin chatting with your toaster, a recent study claims they all will become one big, happy, connected family by around 2025. The Pew Research Center recently released a very detailed overview of the thoughts of some 1,600 experts regarding when the so-called Internet of Things and wearable tech will begin having a major impact on the global community. Their conclusion: about a decade from now.

For the less tech savvy, the notion behind the IoT is that all the devices in consumers’ lives will not only be connected to the Internet, but also to one another. Pew actually defines the Internet of Things in the report as “a global, immersive, invisible, ambient networked computing environment built through the continued proliferation of smart sensors, cameras, software, databases and massive data centers in a world-spanning information fabric.”

And while the IoT will encompass thousands of devices and show up in a variety of forms, video figures to play a prominent role in its future, and many in the retail sector appear to have already figured this out.

“One area I’m seeing as a key to how retail will take advantage of all this is how the IoT can be integrated with a tech like digital signage,” began New York-based retail consultant Richard Lewin. “Imagine a customer picking up a product and instantly being informed about its best uses. Instead of hunting down a sales representative to learn more about that particular product, all of the information the customer needs can display on a digital signage screen just by picking the item up.”

At its core, digital signage allows a customer to enjoy a consistent and seamless engagement regardless of the device or channel in use. When in-store digital signage connects to the Web, social media and mobile devices within an IoT set up, it becomes an important omni-channel conduit, and an engaging access point to a wealth of information—for consumers and retailers alike.

“The consumer is able to enjoy an online-type of shopping experience while reaping the benefits of being in store, where the merchandise is available to touch, try and buy,” Lewin added. “If you’re a retailer, that’s Holy Grail kind of stuff.”

Tech giants like Microsoft, Intel and Cisco are already big players in this space and are beginning to roll out solutions aimed at further integrating digital signage into the hard-charging IoT future.

Intel’s latest effort here is dubbed “situation-aware” signage and uses the company’s Audience Impression Metric Suite, a powerful analytics technology that senses viewer responsiveness and determines gender and age group, then adapts messages accordingly. Intel AIM Suite can also measure the duration of a person’s gaze, further enhancing your ability to track consumer behavior, adapt messages, and measure return on investment. Use Intel AIM Suite to better understand your shoppers in ways that will help you optimize your engagement and sales.

Add Apple and Google to the growing list of behemoths with major IoT plans as well and it’s easy to see why research firms like IB Intelligence are claiming the category already has some 1.9 billion devices in place and that number will grow to over 9 billion by 2018, eclipsing the total number of smartphones, smart TVs, tablets, wearable devices and PCs combined.

The security industry is yet another space that will be largely reshaped as the IoT takes hold and provides further evidence of how video will become a driving force within this emerging market. IP sensors lay at the heart of the IoT as they sense and communicate the data needed to allow other devices to automatically make evaluations and take the necessary actions. Sensors in network cameras and video will become among the most important sensors within the IoT because its data is so valuable to many other sensors and devices.

While experts involved in the Pew study may disagree about the potential ramifications of the IoT, they all agreed that the wave is certainly coming – and soon.

The IoT is expected to be a hot topic at the 2015 NAB Show in Las Vegas, April 11-16. Two NAB Super Sessions that you may want to highlight on your show schedule include “Broadband and the Internet of Things: Realities and Myths” and “Ericsson Presents: TV 2020 in the Networked Society” on April 15th.