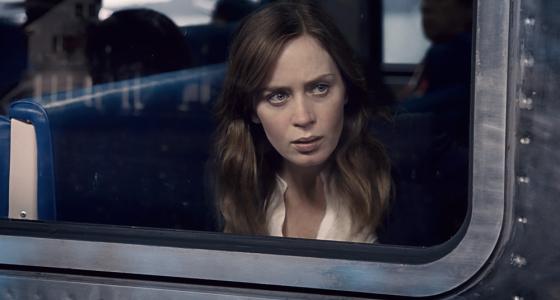 Tate Taylor, a Mississippi native who began his career as an actor, had just one small comedy — 2008’s “Pretty Ugly People” — on his directing resume when that part of his career got turbo-charged thanks to his 2011 Oscar-winner “The Help”, which he also co-wrote and co-produced. Next he tackled another story dear to his heart and close to his roots: “Get On Up”, the warts-and-all biopic of James Brown, the Godfather of Soul, which he co-produced with Mick Jagger and Brian Grazer.

Now, for his fourth feature, Taylor has plunged headfirst and even deeper into the murky depths of twisted human behavior in the highly anticipated mystery-thriller “The Girl on the Train”. Starring a large ensemble cast (Emily Blunt, Luke Evans, Edgar Ramirez, Justin Theroux, Allison Janney, Lisa Kudrow), and based on the bestseller by Paula Hawkins, the Universal release explores obsession, revenge, sex, lying, desire, pain and addiction — it tells the story of a lonely woman (Blunt) who is unraveling after the breakup of her marriage and spiraling into alcoholism.

I spoke with Taylor about making the film and his process.

What do you look for in a project and what attracted you to this, as it’s a bit of a departure for you?

You’re right, as there’s nothing funny about this, and I like to have some comedy. I always look for story and lots of it, with lots of intertwining characters and character work, and I usually like stories that allow me to mix up drama and comedy.

I was a big fan of Robert Altman from a young age, and he’s been a big influence with me. I love it when comedy and drama and pathos are all mixed up together scene-wise, where you never see one or the other coming. I was thrilled about doing this because, although it’s a genre film, there’s so much character work and story to it.

Like “The Help“, this is a story of women and their intertwined lives. Fair to say that women-centric stories really appeal to you?

They do, but it’s funny because I can truly say I never think about the sex of characters. It just worked out that way.

Did you feel any trepidation about taking on the movie, making changes to the much-loved novel and upsetting its fans?

Not to sound arrogant, but I don’t worry about that one bit. If I make it truthful and well-done, then I’m doing my job. And I didn’t abandon the novel. I really respected it, and the changes we made I feel just worked better for the film.

What were the biggest technical challenges in making it?

One of the big ones was that quite a lot of the story in the novel takes place at dusk, and it’s just technically tricky to schedule that look on a shoot since you don’t get a nine-hour twilight. I also didn’t want my crew having to do weeks of night shoots in January in the freezing cold. The other big one was dealing with all the train footage. We shot some of it practically with the Metro North, up and down the Hudson, and then had a real car on stage in Yonkers and shot all that with greenscreen.

Tell us about the shoot. How long was it and how tough?

It wasn’t too bad. We had a three-month shoot, and the main thing was that we did a lot of prep. Everyone was prepared, which helped a lot, as it was a film that really needed extensive prep.

Can you talk about working with a woman DP, Charlotte Bruus Christensen?

I wish I could say that there was a political reason for using a woman DP, and helping the diversity cause, but I didn’t think about her gender when I hired her. We had a start date, she was on a list of available DPs, and after we met I just felt she was the right DP for this. As it turned out, I think having a woman shooting the more risqué scenes with the actresses was a big help. I think they were far more comfortable with her than some guy in a baseball cap (laughs).

Your editor was Mike McCusker, who cut “Get On Up” for you, “Walk the Line” and “The Amazing Spider-Man”. Tell us about the editing process. Was he on set?

He visited the set a little and we have a great relationship. He knows how I think, we have the same tastes, and he anticipates things. There was a lot of stuff with the tunnel scenes and some very trippy, acid-flashback kind of scenes, and I had him come out for all that, to make sure we had the right coverage.

I love it, but then I love all parts of the process — from writing and casting to shooting and editing. Of course, post is crucial as it’s where you really make your film.

It was all done — full offline editorial services — in New York at Harbor Picture Company.

How many VFX were there and what was involved?

There were several hundred shots, mainly to do with the train work and creating the whole world outside of the window. Then we had the three main houses that were supposed to be overlooking the Hudson, along the train tracks. But that doesn’t exist, so we found three perfect houses on the fairway of an abandoned golf course, and then used VFX backgrounds to give us the Hudson and so on. Technicolor and Phosphene did all the VFX.

Tell us about the audio and music.

They’re always crucial and I never want the music to sound too traditional or predictable, and with this so much is inside all the three women’s heads, and there’s a lot of second-guessing and claustrophobia. Everyone’s unreliable, and I knew a traditional lush score would just stick out, so Danny Elfman was a perfect match as composer. He told me he’d never done anything like this in his whole career.

Where did you do the DI? Are you a big DI fan?

We did it at Technicolor Postworks in New York (with Mike Hatzer who used Lustre), and I was pretty involved with it and working on the look together with the DP, and it was pretty great. I really wanted the film to be totally dark, and there’s a lot of jumping around and flashbacks, and we were able to do some very subtle things to enhance various scenes. And Universal really embraced the palette we chose which really pleased me, as this doesn’t look like your normal studio movie. People have told me it looks ‘European,’ which is a very big compliment. (Laughs)

Did the film turn out the way you first envisioned?

It actually did. It’s such a long, arduous process to get to that point, but it is how I first envisioned it. I’m thrilled.

I’ve got a lot of different projects in development, including Versailles ’73, and I’m still writing and developing a film called Tupperware, which is basically about the woman who started the Tupperware party but who in reality began the feminist movement. It’s a fascinating tale and she was way ahead of her time. I’m also working with MGM on a project titled In the Heat of the Night for a contemporary TV series, so I’ve got a lot happening right now and some great options. You never know which one will take off. Until I’m on the set, at craft services, I never believe it.