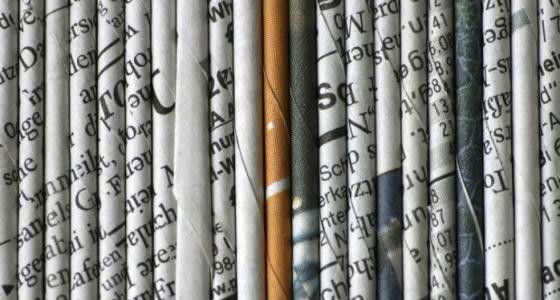 The last two years have seen a rash of media company divorces. On one side, the steady television side where revenue and profits are largely flat. On the other, those oft-called “slacker” newspaper holdings with plummeting revenue as subscriptions to newspapers.

When they were newlyweds, both partners, tv and print, contributed equally as profitable businesses.

But now, print, to the outside world seems a greying lady—sitting on the sofa eating bon-bons, recanting tales of when they were the belles of the ball. Meanwhile, TV, the more productive spouse, has left the house. Why support the dead-weight?

But like many scorned women, print is looking a lot better these days. She’s gone to the gym and well, she always had a good reputation in public.

Traffic to newspaper websites have skyrocketed in the past 12 months. Many are beginning to figure out how to leverage social media to drive traffic to their sites. Furthermore, especially in local markets, newspapers brands have maintained significant market awareness.

In fact, the online equivalents of leading newspapers are attracting a growing number of readers. In most markets, site traffic to the local paper is greater than all local TV station websites combined.

This growth in site traffic is of course good, but is it enough to compensate for the loss of print revenue? Historically, no. Even at high levels of site traffic, traditional display ad revenue is insufficient to cover operating costs of local and regional papers. (National papers are another story as they can spread their costs over a broader– not just local– audience.)

However, a new source of revenue has changed the calculus – pre-roll video ads generate 5 to 25x the revenue for newspapers as the traditional display ads. If newspapers can generate video ad revenue from a good chunk of their page views – the revenue should be sufficient to more than cover operating expenses in most of the major DMAs.

Of course, a video ad generally requires a video to be shown after the ad. Here is where the newspapers need more resources.

Reporters, who as a result of slashed newspaper budgets are often already required to not just write but take photos and now, sometimes video. Social Media can be tapped to source videos through services such as Storyful, and new breeds of companies– such as the company I founded — Stringr– are emerging to provide instant access to photographers on the scene, thus providing needed footage without the need to send a full video crew. This also helps reporters reporters focus on their main endeavor—that of asking good questions and verifying information.

Through these new tools, the barrier to add video to newspaper stories is coming down – putting these newspapers in a prime position to not just write the copy, but provide the relevant visuals and bring in the associated revenue.

Of course, they could also always partner with a local TV station – but should only consider doing so after receiving a big bouquet of flowers and an apology card.