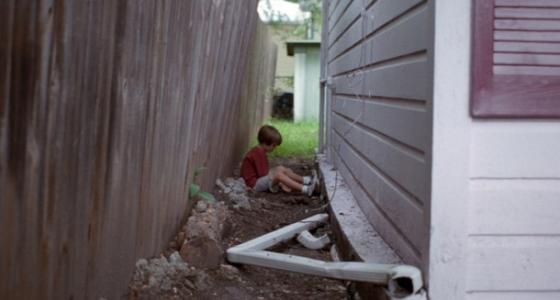 Parke Gregg, co-founder and chief colorist at Stuck On On, met Richard Linklater while doing the challenging post-production for the “Slacker” tribute that was sponsored by the Austin Film Society, of which Linklater is the founder. The two later connected when Parke did the full post and DI for “Up to Speed” episodes that ran on Hulu, followed by Linklater’s highly acclaimed feature film, “Before Midnight.” Most recently Parke did the full post-production and DI for Linklater’s latest film, “Boyhood.”

In a recent interview Parke discussed his work for “Boyhood” and his digital workflow and tools.

Q:  What made the post-production and DI for “Boyhood” so challenging?

A:  The simple answer is “everything.” But I think it’s pretty clear that when you have a long film (ten reels), shot on 35mm film for a few days every year over a span of twelve years — shot by two different DPs (Lee Daniel and Shane F. Kelly) using different film stocks and an off-line edit in SD at 29.97 — there are going to be multiple challenges.

For example, framing is typically something that is locked at the onset of a project, aside from a few re-frames for creative purposes. However, when a project has ever-changing gear and crew, things you take for granted tend to change as well. For each year of footage the framing was different and framing charts were only occasionally available. I had the telecine off-line footage to go by, but again, different operators/gear eliminated any hope of a standard framing for the project. Often the offline didn’t even match the framing charts when available, so it became a subjective matter.

Some were shot at 4 perf and some at 3 perf as well. Some framed for an optical track, some not. This, like many other aspects of the DI, became a manual and tedious process. We had the full frames scanned at 2.5K so we would have plenty of resolution for cropping and framing and still make a 2K delivery. Fortunately, SCRATCH has great tools for handling this, whether the task is mostly automated or significantly manual.

Another issue was matching back the time code to the film negatives. Fortunately, assistant editor Mike Saenz did an amazing job of working with Cinelicious to get the film scans completed correctly. Cinelicious needed an EDL, not a keycode cut list, for their scanning process. The problem was that because tape dailies were used, with multiple lab rolls on each tape, the EDLs would have no intrinsic relation between keycode and time code, or between lab rolls and tape numbers. To correlate the two sets of information, Mike had to find the hole punch at the beginning of each lab roll or a significant frame and match it back to the dailies time code and tape number. Cinelicious would then assign this time code to each roll that ultimately matched the EDL. Again, it turned into a very manual and tedious process.

Back at Stuck On On, we converted the EDLs to 24fps and then took on the challenge of conforming the scans and matching it back up to the offline. By the nature of a reverse pull-down at edits, you lose or gain a frame here and there. This usually washes out in the end, but when working with this many reels we had to be very careful not to accumulate extra frames that would cause audio sync problems when all was compiled into a single timeline. It’s funny how just a few years ago, working in a 29.97 offline environment was normal, but now it’s totally archaic and we really had to dust off the cobwebs to remember how all this could work.

The schedule was another considerable challenge. The edit for the final year wasn’t locked when we started the DI. Rick had just wrapped on the last two scenes when I began working on the conform in late August (2013). Also, the edit was “malleable,” so periodically updated edits or new scenes were coming in. In addition, the scans from Cinelicious were coming to us in batches as well as new scans for editorial updates. So throughout the first part of the project, we didn’t have all the elements and we needed to stay flexible to incorporate new components, which all required a lot of organization. Allison Turrell is my business partner and also our DI Producer. Having her is absolutely key to successfully pulling off big projects like this for a small shop like us.

Q:  How did you create a cohesive look with film shot over 12 years and by two different DPs?

A:  Sandra Adair is the co-producer and has been Rick’s editor since his second film, “Dazed and Confused.”  He trusts her decisions and she puts her all into driving the process. She did a masterful job of editing all the film into a smooth and cohesive story. Once the edit was locked she moved into a creative-producer role and was very hands on during the conform and color grading process.

Rick wanted to establish a very natural, real-life, human feel to the film  not over stylized in any way. Sandra, he, and I collaborated on defining that look and it naturally evolved over the course of the project. Most people who’ve seen the film comment on how smooth it feels, how the years just blend together. This is largely due to the excellent editing, but two primary goals of mine were to ensure that the look of the film enhanced this seamlessness and to minimize visual distractions that were sometimes a result of this unique production.

Rick’s work style is very collaborative and he put a lot of trust in us. He gave global comments and relied on us to make it happen. During review sessions, he would correct us if we were on the wrong path, but made it clear that he wants our input and he gives everyone he works with a lot of latitude. This can be very invigorating, but it also means you hold a lot of responsibility.

I really enjoy this phase of post-production, the challenge of contributing to the creative component of the film and enhancing the storytelling. Of course there’s the technical component, which is also rewarding, but SCRATCH’s tools really ease the tricky aspects of a DI, while allowing for more attention to the creative.

Q:  Tell us more about the technical challenges for “Boyhood.”

A:  The entire post process is a testament to problem solving, there’s always a way to get something done. I had a tremendous amount of material to get into good shape, which required a significant amount of time and energy in the post process — removing the dirt, grain, noise, blemishes, and adjusting the focus. The color was no less significant but it was more about creating a consistency and removing distractions to make the story shine.  The SCRATCH tool set allows us to push the envelope in color grading and finishing, and make changes in real time so that the workflow is smooth and seamless.

Q:  How did you manage the visual effects?

A:  We worked with Nick Smith who handled the heavy lifting of the more traditional VFX work like green-screen replacement and helicopter-shadow removal. On several shots, he would send me his work with alpha channels so I could do the final composite in SCRATCH while retaining full color control of the background plate and VFX separately. This was very beneficial and an efficient way to maintain a consistent, natural look for these scenes. I was able do several of the remaining visual effects directly in SCRATCH during the DI. This involved microphone/boom removal, speed shifts, poster and artwork replacement, screen replacement, etc.

At the very end of the project, there were some copyright issues with logos and posters seen in the background of a couple scenes. We were already at the deadline for final delivery, so again it proved very valuable to have these editing and compositing tools directly in SCRATCH. I was able to replace posters/artwork, track camera movement, track and mask people walking in front of it, and make a single, first-generation render of the color and VFX changes, all at the same workstation. This also allowed us to keep the same file structure/naming convention as previous renders, which is huge when working with large image sequences. This film has almost 241,000 frames.

Q:  Given all the challenges of this film, did you have adequate time to do all the post and DI?

A:   Actually this was another considerable challenge. The decision had not been made to go to Sundance until the end of December so we all needed to pick up the pace to meet that deadline. A version for screening was sent off to Sundance and later played at the Berlin International Film Festival. There, Rick took home the Silver Bear Award for Best Director, which was exciting but our work was not complete. Starting again in March, we performed another complete color pass, as well as a considerable amount of dust-busting and added several additional VFX shots. An equal amount of audio work was being done as well. This was all working towards a theatrical distribution beginning in June.

Q:  What were your final deliverables?

A:  DCP was the primary final deliverable. For the early screenings, we did the translation to P3 XYZ directly in SCRATCH. It is incredibly convenient to have good color-space management tools built into SCRATCH. However, at the end we delivered RGB Tiff sequences that another facility used to generate DCP, HD-CAM, and a film-out for the production’s archive.