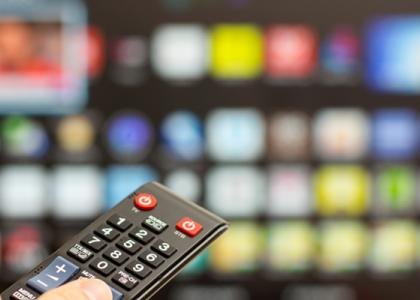 The cord-cutting trend that has been watched for years in the United States is quickly going international, with the global over-the-top (OTT) media services market rapidly heating up. OTT is video content streamed over the internet, with services like Netflix or Hulu, through computers, mobile devices and digital media players like Apple TV.

It has only been a few years since Netflix introduced the idea of original content for big streaming companies with House of Cards, but the streaming industry is now shifting again as social media behemoths like Facebook introduce content and more traditional media corporations like ESPN and Disney are poised to introduce their own standalone streaming platforms.

Perhaps even more exciting, this revolution is happening on a worldwide scale, with international players and local favorites competing to reach streamers everywhere from Hong Kong to Havana. A report released late last year by analyst firm Research and Markets found that revenues from streaming online television episodes and movies across 138 countries will hit $83 billion in 2022. This figure is more than double the $37 billion in international revenues in 2016; the analysts predicted $9 billion more will have been made in 2017 than in the previous year.

Americans will remain the largest consumers of streaming, but that is also shifting. “The U.S. will remain the dominant territory for online TV and video revenues by some distance,” the report said. “However, the U.S. share of the global market will fall from 51 percent in 2016 to 40 percent in 2022. Contributing half the Asia Pacific total, China will add a further $7.6 billion, with its total revenues reaching $12 billion in 2022.”

U.S. companies Netflix, Amazon and Disney, alongside Chinese giant Alibaba, are expected to continue their domination over OTT, but the global market has openings for other outfits, too.

Netflix, Amazon and Hulu, which will be mostly owned by Disney after its acquisition of Fox in December 2017, now represent the old guard of streaming original content. Social media services like Facebook, Twitter and Snapchat are beginning to move from hosting user-generated video content to partnering with studios and broadcasters to bring exclusive content to their combined billions of users.

Even Apple has promised to invest $1 billion in creating original streaming content in 2018, including a new Reese Witherspoon-produced Kristen Wiig half-hour comedy.

Of course, social media’s collision with streaming content is set to change the experience of watching television itself – Facebook has plans to produce shows that incorporate a virtual reality element. Google’s YouTube Red is already producing episodes that defy formats like the half-hour comedy and the one-hour drama that have long defined television.

“Facebook’s strategy involves producing two categories of shows, which include long-form traditional programs such as Netflix’s flagship program House of Cards, and shorter, less expensive shows that go for about five to 10 minutes, and refresh every 24 hours,” analyst Steve Tulman wrote about Facebook’s announcement. “It is uncertain how Facebook intends to monetize through this platform, but I suspect that they will rely on advertising revenue from in-show ads, rather than follow Netflix’s paid subscription model.”

Although U.S. companies will likely dominate the international streaming market for at least the next few years, broadcasters from across the globe are exploring how to engage local audiences through OTT.

HBO is also seeing its international portfolio of channels explode in activity across Latin America and Asia. The company produces original content for specific audiences in nations spanning from Mexico to Hungary and Myanmar. Much of the growth is with OTT, particularly for millennials.

“The growth in OTT is really fueling the growth of HBO Europe,” HBO Europe CEO Herve Payan told Variety. “The traditional [linear] business is also growing, but OTT is booming.”