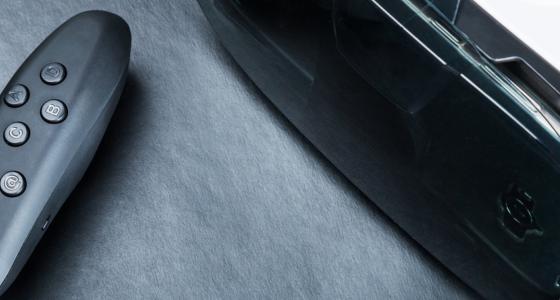 When we think about the future of television, we often have something science fiction in mind, something fifty years down the road, something which shows a marked and radical departure from the television experience we are familiar with today.

But what if I were to say that the future of television isn’t so different from what we have today? What if I were to say that it’s not about VR headsets and holograms but more about the way we interact with video? You might think I’m not creative enough or thinking out of the box enough. On the contrary, I’d argue that the components of television’s future are already in play today and, if we look hard enough, we can see the future of television right now.

The Move to IP

At the heart of this evolution of the television experience is a fundamental movement by network operators to shift delivery of video content from QAM (which stands for quadrature amplitude modulation, the format by which digital cable channels are encoded and transmitted via cable television providers) to IP. The reasoning is simple—it’s monumentally cheaper. But there’s more to it than just cost savings. By shifting to IP, network operators (like your cable company) can enable the delivery of content to a host of different devices. Smartphones. Tablets. Computers. Rokus. And that’s important because it’s what their subscribers are clamoring for. Failing to provide them anytime, anywhere access means consumers will go elsewhere for their content which has long-reaching implications for bottom line revenue. But it also signals something else; a different way to look at video. It’s becoming less of a “signal” than it is a stream of data that can be manipulated, moved around, and ultimately shaped to meet individual needs and experiences.

It’s All About Data

Right now, many content owners and distributors still see video as discrete assets. They see a video as an immutable object, like a book, housed in a library ready for viewing. But that’s not the future. In the future, video is just a form of data, a stream of 1s and 0s that can be manipulated to fit the context into which it is being delivered—the device, the location, or the individual user. The best example of this today is Amazon. The retail and streaming giant doesn’t see video as an object, but rather, a part of a bigger data pool that provides them details about the user; details they can use to customize the video and commerce experience. What happens when you watch a video through Amazon Prime? Recommended products change. Ads change. The amazon.com experience shifts to reflect the user’s taste in movies. The video itself is just another piece of data in a larger pie.

As video begins to be treated more like data, it opens the door to integration and interaction. Whether it’s clicking on an object in a video to get more information (and ultimately save for later or purchase directly) or having social experiences (just look at the NFL and Twitter; that’s only possible when video is treated as just another form of data), the consumer engagement expands monumentally, enabling new viewing behaviors and experiences. When the video is treated as a signal, joined at the hip to the delivery method, it’s much harder to implement interaction; it’s much harder to shape the viewing experience to the individual user.

The Components of the Future Television Experience

Once we start seeing video as just another form of data, the gloves are off. There are a host of things content owners, distributors, and broadcasters are beginning to do right now that give us a peek at the future of the television experience. In fact, there are six components being implemented in some fashion today that herald what this future will look like.

The first component is personalization. With video acting as just a data stream, feeding back quantified viewership information to the content owner or distributor, it will be possible to provide a much more personalized experience. Combined with other data sources (like Facebook OpenGraph or even the weather), television can be tailored with recommendations specific to the user (rather than just a generic listing of available content). Even ads can be tailored (think Minority Report). Obviously, Amazon is doing a great job of this, but so is Netflix. Both companies are utilizing information gleaned during viewership (both for completed and partially-completed views) to make recommendations about other content. The fallout when content is recommended by the provider? Better discovery. Users aren’t scouring through long lists of content assets. They gravitate towards what’s recommended and filter against their own likes and dislikes.

But for personalization to have an impact, it must consider multiple video data streams (i.e., from different providers). In the future of television, consumers won’t have to navigate from one content provider to the other (and they won’t have to switch input sources either). It will all be part of a single experience (with sign-on to the various providers happening automatically). The recent announcement between Neflix and Comcast is a precursor to this kind of experience. The OTT giant’s content will be directly integrated into the Comcast Xfinity platform enabling a single view into multiple data sources. By doing that, personalization can be extended across content sources. Only we can’t have that nirvana of multiple content sources combined into a single experience without single sign-on. This is a critical component of TV’s future. As consumers engage more with different content assets across providers (from linear broadcast to TV-E to OTT), the experience becomes fragmented. There’s no “single source” of content like what the cable operator providers. Big OTT players like Netflix are trying to solve that problem by integrating with MSO platforms. Through this integration, consumers no longer need to switch inputs and sign-in to their Netflix account. It’s all part of a single television experience that spans the content from their cable operator to their OTT subscriptions. Only this isn’t just about content, either. Single sign-on also helps with the integration of third-party services that will augment the television experience (i.e., social media). It’s not hard to imagine users navigating to their cable provider’s website, logging into their various social media accounts, and being able to the interact socially (through the video player, whether on the big screen or their mobile device) with the video content.

Only these components, no matter how mature, won’t create a very tenable future of television without the ability to deliver content better online. Consumers want “broadcast quality” for their online video—they want the experience online to be the same as watching it from the couch making this component, perhaps, the most critical for the future of television. Obviously, consumers have a very entrenched experience with broadcast television: they sit down on the couch, grab the remote, press the power button, and whamo, a perfect picture with no technical interruptions. In many cases that’s not the case with streaming video. From buffering to artifacting to jitter, the delivery of video content over IP is fraught with the same issues that plagued the pre-cable broadcast days. Can you remember smacking the side of the TV to fix the static? But we are getting closer to having broadcast quality over IP. Better codecs, better compression, better mitigation of latency, all of that helps to deliver an online experience that is more analogous to what consumers are used to with their television broadcast.

Equally important, though, to broadcast quality is anytime, anywhere access. Thankfully, most network operators, content distributors, and broadcasters have already figured out that consumers want to watch content from a variety of devices. It may be from their mobile phones. It may be from their computers. Whatever device (and wherever they are), consumers are no longer shackled to the couch and a linear programming guide to get the content they want to consume.

Finally, a future of television delivered online needs an end-to-end QoE solution. One of the amazing things that happened when network operators deployed cable boxes into the home was insight. Through Quality of Service management tools, the operator can see problems that are happening, down to the address, and troubleshoot in real-time. Technology providers in the online video space, like Nice People at Work and Conviva, are doing just that for streaming. They are enabling content distributors to see down to the player level, giving them critical insight into the experience and enabling them to route around problematic issues (like network congestion and latency) so that they have a better chance of delivering a broadcast quality experience.

State of the Union

Where are we at today with these six components? Thankfully, the future is looking bright (and right around the corner). When it comes to personalization, we are probably about 85 percent there. We have lots of examples of the video experience today being personalized. It’s just a matter of extending that to linear broadcasts and that will happen when those “broadcasts” are delivered over IP. For mixed sources, it might be safe to say that we are 50 percent there. This component is lagging because there are still too many walled gardens. The OTT providers need to open access to their video data and the network operators need to enable more integration points with their systems (like billing). There are lots of business considerations that need to be addressed to enable mixed sources to happen. Likewise, for single-sign on. That component is probably 75 percent of the way there. Frankly, there’s not enough collaboration between the network operators and the OTT providers (although operators like Telstra are doing a great job of aggregating access). The recent Netflix announcements with Comcast and Liberty Global are the start of a ball rolling downhill. Broadcast quality, on the other hand, is almost across the finish line. Although network operators and content distributors continue to build out infrastructure (for global scale), there are a lot of online video experiences which are hard to differentiate from broadcast television. Which leaves us with anytime, anywhere access and end-to-end QoE. The former is a done deal. 100 percent. With the network operator move to IP, consumers have access to both live linear and VOD content across a host of devices. What’s more, content owners are targeting consumers directly (i.e., HBO NOW, CBS All Access, etc.) providing them the opportunity to watch what they want, when they want, and where they want. And QoE? It’s probably around 90 percent. The only thing really missing from this today is real-time. Most QoE technology providers today have at least a few seconds of lag between when they collect data and when they can report on it. Unfortunately, during the five seconds it takes to display this data, consumers may have experienced multiple buffering events. By the time the QoE data is available to the network operator or content distributor, it may be too late.

The future of television isn’t years away, it’s right here in front of us. The pieces to make a personalized, interactive, engaging experience are already being implemented. It’s just a matter of bringing them all together under a single roof. Liberty Global. Comcast. Charter. Verizon? It isn’t clear just who will be the first to create the television experience of the future, but you can bet that it’s going to come sooner rather than later.