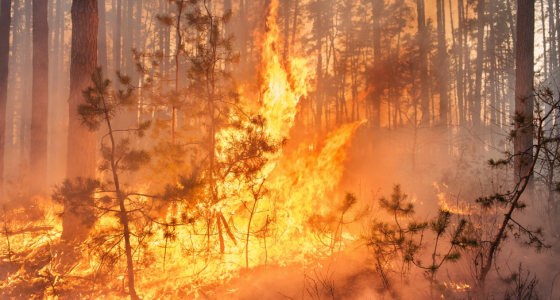 Here in California, we are entering our fourth year of a severe drought. Reservoirs are dangerously low, with water on allocation. What this means in every-day terms is that wild fires are on the increase, both in number and severity, though we hope that the El Niño forecast for early next year will help alleviate our water situation.

As if watching landscape and homes burn isn’t bad enough, complicating the issue are drones. It is illegal in California to fly a drone into an active wildfire zone, but that doesn’t stop some operators from trying to get aerial fire footage. The problem is that water-dropping aircraft can’t operate when drones are in the fire zone, because of the risk of mid-air collisions.

This put me in mind of a conversation I had recently with Bill Roberts, Senior Director of Professional Video Product Management at Adobe. The new Morph Cut, in Premiere Pro CC, has a magical way of making a jump cut disappear and, instead, look like normal video. For scripted programs, this can save an otherwise unusable edit. But for news and documentaries, it presents an ethical issue of making edited content look un-edited; which sets up the possibility for making out of context statements look factual.

Bill responded: “Ultimately we make ‘paintbrushes’ – we’re not the artist, we’re not the canvas – we’re the conduit of people’s ideas. Hopefully people make amazing things that entertain and inform the world – but we can’t control that, only give people creative options.”

Which lead me to think of the new concerns raised by Stephen Hawking, Elon Musk and others urging a ban on offensive autonomous weapons. “AI [artificial intelligence] technology has reached a point,” they wrote in their letter, “where the deployment of [autonomous weapons] is – practically if not legally – feasible within years, not decades, and the stakes are high: autonomous weapons have been described as the third revolution in warfare, after gunpowder and nuclear arms.”

It reminds me of the law of unintended consequences: “Actions of people—and government—always have effects that are unanticipated or unintended.”

Its the law of unintended consequences driven by an imperial technology: stunning images, with houses burning in the background. The much bigger question now becomes how do we control what we do with technology before we become bystanders in an autonomous world?