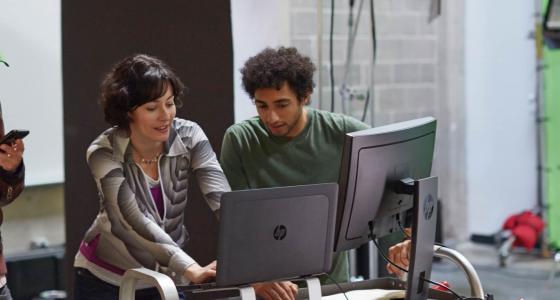 The Internet and the digital world in general has made local free to air TV stations more valuable than ever. However, not for their valuable spectrum, but for their invaluable public service, especially during emergencies.

I wonder how many people who attended last October’s MIPCOM and were fully aware of the devastation caused by the storm and subsequent flood, realized the importance of local TV stations and the need of free-to-air TV outlets.

To recap the event, on Saturday night, October 3, Cannes and environs were hit by a “code red” storm instead of the predicted “orange” alert for which the town was prepared for.

The heavy, intense rain caused 21 deaths, injured numerous people and material damages. The streets turned into rivers, and floating cars piled one on top of another.

By the next day, the streets near the Congress’ Palais were cleaned up and only a few hotels remained flooded and without electricity. However, the whole town, with the exception of the Palais, was without Internet and phone services, which resulted in ATM (cash machine) not working as well as the credit cards authorization service.

Another facility that suffered was television service, Those who received it through Internet and DSL operators only got a blank screen for many days (many TVHH in France receive their TV channels via DSL service operators).

But there was another element that prevented the Mayor of Cannes David Lisnard and officials from the Civil Protection, like the prefect, from reporting on the clean up and repair process: lack of local radio and TV stations.

In 2009, 35 local TV stations were authorized in France. The authorizations grew to 48 in 2013, but soon after 10 of them closed and the rest are struggling to survive, and depend on subsidies from local governments. For this reason, those few local TV channels are perceived as politically biased and, indeed, are referred as “Television Mr. Mayor.”

This dependency on subsidies renders difficult synergy between local TV stations and the more powerful and rich local printed press. Even local newspaper groups that own local TV stations tend to limit retail advertising on TV in order not to damage their main source of local revenues.

The only local TV services that Cannes and the encompassing Cote d’Azur area receives comes from a two-hour daily broadcast from France 3 –– the state-owned second TV network, which broadcast local news from 12 noon-1 pm and 7 pm to 8 pm –– and from Azur TV, channel 31 from Nice, which most people don’t receive and many more are not even aware of its existance. For local radio news (in English), one has to tune in to Riviera Radio, an FM station from Monte Carlo.

This situation in places such as the U.S., Canada and even Italy, is unheard of. In the U.S. in particular, at every emergency, local residents tune in to their local TV stations for weather updates and safety information together with hourly reports on the clean up process.

In these emergency situations, like the Cannes example demonstrated, residents cannot rely on the national TV channels, Web channels or the Internet in general, but only their local free over-the-air television stations.

So, the next time someone tries to come up with ideas of how to “better” utilize the local TV stations spectrum by allocating it to Wi-Fi services, the “better” part should only be about think it over, twice.