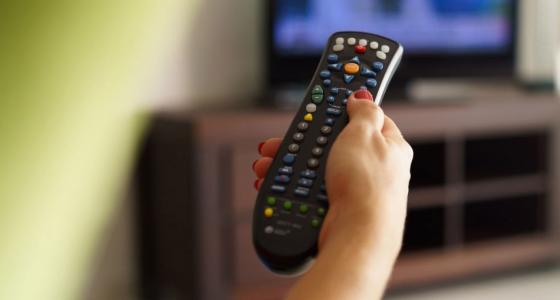 Gone is the familiar status quo, warm and cozy, that has always been there, standing by us through thick and thin.

A disruption, by definition, is a radical change, necessitating an adjustment of course or strategy, often caused by the launch of a new product or service.

In the growing realm of media and content, disruption has penetrated every area of the industry, causing a rapid acceleration in learning, tinkering and planning. It’s also led to a new age of mergers and acquisitions, as content providers look to team up with distributors to better position themselves in the world of Netflix.

Disruption can be good for an industry, depending on who you ask. Sometimes the change can bring about new competition and engagement, as well as lowering barriers to entry and helping foster future players.

According to part of the Digital Pulse survey by Russell Reynolds Associates, media and telecom represent the two industries expecting the most disruption, with finance and retail close behind. This notion is echoed by the Digital Vortex Report from the Global Center for Digital Business Transformation, which shows media and entertainment companies as the most likely to face an existential crisis due to the disruption in their industries.

What does disruption really mean for media companies? How does it continue to manifest itself in the core business model?

Changes to the Distribution Model

The fragmentation of media consumption will continue to change how and where consumers view and engage with content.

OTT platforms continue to thrive, with a major rollout coming soon from Hulu and the recent launch of DirecTV Now. In addition, the second screen experience continues to be important to many program categories, especially in the world of sports.

Even at the local broadcast level, apps like NewsOn are going OTT, bringing local news to viewers without the need of a cable subscription.

The Move to Programmatic Advertising

Advertisers want precision. The key Nielsen TV demographic of 18-49 is not well defined enough for the age of increasingly segmented audiences. Broadcasters, and all advertisers for that matter, have to narrow their targets.

Just look at the recent move by Procter & Gamble (P&G) to cut 50% of its marketing spending while criticizing the advertising supply chain:

“We have an antiquated media buying and selling system that was clearly not built for this technology revolution. We serve ads to consumers through a non-transparent media supply chain with spotty compliance to common standards unreliable measurement hidden rebates and new inventions like bot and methbot fraud,” said Marc Pritchard, P&G’s chief brand officer.

The End of Peak TV?

Have we finally reached Peak TV? While the idea has been floating around for a few years, we recently saw Comcast begin to shake up its lineup, axing Esquire Network (in favor of an OTT platform) and Cloo, while planning a major relaunch for Oxygen. Other media companies are likely having similar discussions, figuring out what works in the bundle and what works best as an OTT effort.

This change in the cable bundle does have a notable winner, local broadcast television, as more station groups add digital subchannels targeting specific niches and viewers, like Comet, Decades and MeTV.

Disruption can’t be reversed, and it probably can’t be avoided.

While sometimes we yearn to go back to the way things were, we have to focus on the road ahead. For media companies, this means more consolidation and more effort is needed to attract and retain viewers in a crowded sea of content.