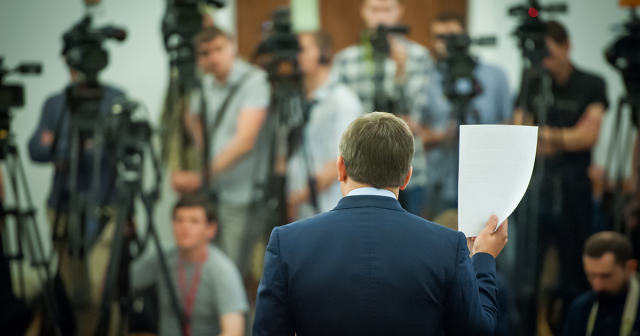 While 2016 may be remembered as a year the American public was under siege by “fake news,” 2018 may go down in history as the year the vast social media networks that connect billions around the world did something about it.

Although the problem of misinformation remains stubborn, Facebook, Google and Twitter have identified solutions and are renewing their continued commitment to do something about fake news. This year’s NAB Show in Las Vegas, April 7 to 12, covers broadcast across all platforms, including some of the most critical topics related to news production.

Even the definition of fake news can be controversial—some public officials use the term to blast news stories they take umbrage with. In general, though, most agree that the concept of fake news is defined by purposeful misinformation that is either fully fabricated or sourced from unsubstantiated rumors.

The Pizzagate controversy a year ago is a troubling example of how online fake news can have real-world impacts. A rumor based on an invented pizza-themed cipher claimed leaked emails from Democratic officials revealed that a pedophile ring was being run out of a Washington, D.C., restaurant. The fake news was potent enough to convince one man to shoot off a gun inside the pizzeria to find out the supposed truth revealed by the code. No one was hurt, fortunately, but it showed how fake news can sometimes be really dangerous.

Misinformation has always been around, whether it takes the form of made-up news stories or urban legends or gossip scrawled on walls. It will never be fully stamped out, but the recent problem of hoaxes spreading like epidemics and impacting democracy in nations across the globe is something the big tech companies believe they can halt.

The Growing Trustworthiness of AI

Now that fake news online has finally been identified as a major cultural and political problem, developers are racing to create artificial intelligence and machine learning solutions.

One product, AdVerif.ai, partners with advertisers to help them avoid placing ads alongside fake news and other problematic content, like nudity or malware. The creators of AdVerif.ai have put the programming through a battlefield of tests and it showcases the sophistication of the next generation of AI.

Not only can AI identify misinformation, it can recognize satire like The Onion and understand the political biases of news outlets like Breitbart.

However, considering the vast amount of knowledge about the world needed to determine the truth, researchers say AI works best in conjunction with human fact-checkers.

“I think there’s a chance to algorithmically identify things that are more likely than not to be ‘fake news,’ but they will always work best in combination with a person with a sharp eye,” New York University journalism professor Jay Rosen told Wired.

Machine learning is being implemented as a weapon against misinformation by Google, Twitter and Facebook, although the rollout has not been without its growing pains.

In January 2018, Facebook, with its user base of 2 billion, published a series of articles authored by executives and scholars that determined the company was not doing enough to prevent fake news from spreading throughout its platform.

Blog posts, admitted Facebook, and other forms of social media, can be problematic for democracy.

“With each passing year, this challenge becomes more urgent,” product manager for civic engagement Samidh Chakrabarti wrote in a post. “Facebook was originally designed to connect friends and family—and it has excelled at that. But as unprecedented numbers of people channel their political energy through this medium, it’s being used in unforeseen ways with societal repercussions that were never anticipated. In 2016, we at Facebook were far too slow to recognize how bad actors were abusing our platform. We’re working diligently to neutralize these risks now.”

The company has implemented a number of experiments meant to curb fake news, including posting publisher information alongside news articles and adding features that focus on hyper-local news.