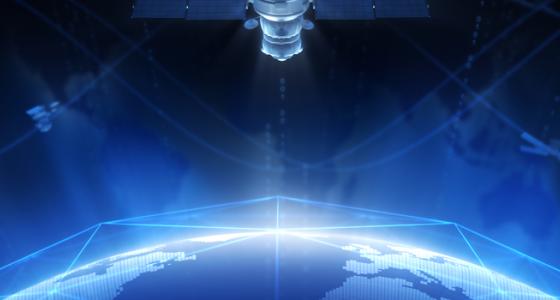 Billions of dollars are being thrown into orbit. Literally. And while Google is arguably the most recognizable name in the evolving business of low-earth orbit satellites (LEOs), it’s certainly not the only big name. Outfits like Virgin and Qualcomm have gotten into the game, too.

So, what does the landscape look like for LEOs?

Earlier this year, media outlets reported that Google and Fidelity Investments planned to pump about $1 billion into a satellite network that would broaden global Internet access. The investment is earmarked for Elon Musk’s SpaceX. Musk has said his LEO project, with about 4,000 satellites, could cost $10 billion to $15 billion.

“We’re really talking about something which is, in the long term, like rebuilding the Internet in space,” Musk has said. “The goal will be to have the majority of long-distance Internet traffic go over this network and about 10 percent of local consumer and business traffic. So 90 percent of people’s local access will still come from fiber, but we’ll do about 10 percent business to consumers directly and more than half of the long-distance traffic.”

As SpaceX ramps up its LEO project, OneWeb also has been making noise. OneWeb announced in June that it had secured a $500 million investment from companies including Airbus, Coca-Cola, Qualcomm and Virgin Group. OneWeb aims to create a fleet of at least 900 microsatellites to help bring high-speed Internet access to underserved places around the world.

“The dream of fully bridging the digital divide is on track to be a reality in 2019,” said Greg Wyler, founder of OneWeb.

As for LeoSat, the company said in September that it had completed an LEO feasibility study in conjunction with Thales Alenia Space. Plans call for 78 to 108 satellites to be launched in 2019 or 2020.

Some observers are bullish about the potential for LEOs while others are more skeptical.

On the bullish side is Christopher Baugh, president and founder of NSR, a consulting firm for the satellite industry.

“We’re at the point now with the technology — and with the costs coming down and the market maturing, driven by mobile devices — the need is there. It’s just a case of what the business model looks like,” Baugh told NBC News. “In the 20 years I’ve been following this, I’ve not seen the buzz like it is now.”

Klint Finley, a writer for Wired magazine, recently put the mute button on that buzz, largely based on the astronomical costs of LEO. In a piece published in June, Finley observed that “the idea of cheap, ubiquitous high-speed satellite Internet may be just as science fictional as Musk’s dreams of planetary migration.”

Maybe LEOs aren’t quite roaring like a lion yet – but they’re creating enough noise that they’re definitely worth paying attention to. Industry experts will gather for a panel on “The Real Potential of New Space” to further explore this trend at this November’s SATCON in New York.