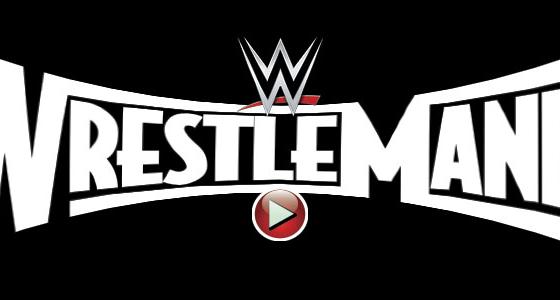 An interesting thing happened on the way to Wrestlemania 31.  Investors jumped in the ring and got thrown to the mat as the company hit the top of its popularity while, the very next day, Wall Street equity bottomed out.

This year’s Wrestlemania was the highest grossing, most viewed and most socially-centered event in WWE history.  It generated gross revenues of $12.6 million and set a record of 142 worldwide Twitter trends, including 10 number one worldwide trends and exceeding any other broadcast or cable show that night.   Yet WWE stock took an equally dramatic dive of 14.35% the day after, hitting bottom at $14, a 52% plunge from its 52-week high.

What happened?  The answer lies in the nature of emerging OTT business models, specifically the relationship between subscription based revenue streams and the leveraging of monumental “over-the-top” events to sustain them.

Moving from a pay-per-view model, WWE launched its OTT network last year, quickly expanding to 1.3 million subscribers.  Chief Strategy and Financial Officer George Barrios anticipates that within the next several years, that total could balloon to 3 or 4 million.  “We’ve got about 100 million broadband homes and top 16 markets,” says Barrios.  “If we can get 3 to 4 percent penetration, we can transform the company.”

However, a large portion of WWE’s success is based on monumental events like Wrestlemania 31 and those events hold the seeds of dizzying unrest.  With a $9.99 subscription price tag, it is all too easy for consumers to buy in before the event, then cancel their subscription afterward once the excitement and engagement factor drops.  And that’s what has now given investors an aggravated case of the willies.

Is the subscriber base as real as wrestling itself? They want to know.  Only time will tell if it will reign like Andrei the Giant.  Meanwhile, several business concerns need to be ironed out.  One of these is the inherent danger of single-interest content.  A network like WWE only delivers content for those interested in wrestling.  Thus, it is heavily reliant on major events in that category to sustain and grow interest.  Between events, though, especially the monumental ones like Wrestlemania, interest wanes which, in a subscription model, often precipitates a sudden cancellation freefall.

There are two basic responses to this.  First, develop more creative and well-directed content.  Second, alter the business model.

Doing the first is an interior effort, but requires strong exterior insight.  Developing the kind of content that will draw and keep a subscriber base is predicated upon determining exactly what that audience wants and what it responds to. For this, deep-seated analytics are needed to dip into the billions of social messages traversing the Internet daily.

As for the second response to the OTT business conundrum, there are four basic monetization models: subscription, transaction, hybrid and free.  Right now, WWE is primarily dependent on the first.  As OTT matures, however, that dependency will have to lessen and the dials on all four models manipulated to ensure the most efficacious mix for any given interest segment.

WWE, for instance, may still want to offer their standard $9.99 monthly rate, but add a transactional fee on top for monumental events like Wrestlemania.  Or it may want to employ a multi-tiered approach with basic, mid-level and premium packages aimed at a variety of fanbase interests and preferences identified by increasingly sophisticated analytics engines.

According to recent studies by IMS Research, “some of the main drivers behind OTT revenue growth are service providers and content providers’ willingness to explore new paradigms.  Support for multiple devices and platforms, widespread partnerships and acquisitions, and global expansion of successful services are some of the vital factors that will shape the market through the end of the decade.”

All of which means that the investors will ultimately get their legs underneath of them and spring up off of the mat, and networks like WWE will eventually hoist the victor’s belt.