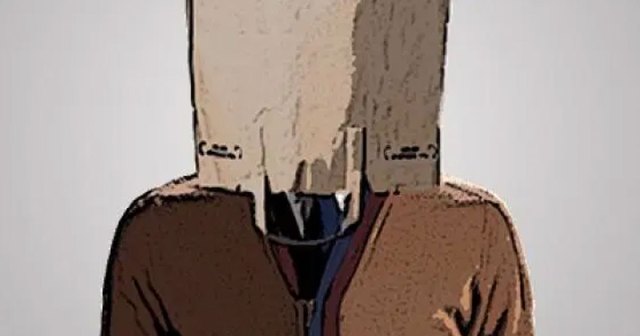 Taking your project from the edit suite to the final product.

I’ve been asked a few times recently to explain the what, how and why of XML, AAF and EDLs. They’re an essential part of any turnover, and each post house will request a different set of one or more of these (often along with your project or bin). I, the Unknown Artist, am here to try and demystify this aspect of turnovers, and hopefully make turnover specs seem less weirdly demanding.

When a project is conformed, we’re not relinking your timeline, but rebuilding it in different software. Depending on that software, we need the details of your timeline in one of these formats to interpret it correctly. An EDL is the most simple of the three, which is why we often request it in addition to an AAF or XML.

An EDL (edit decision list) is a simple, specifically formatted text document that describes, shot by shot, a single layer of your timeline. It looks like this:

It can be edited, hacked and even read out loud should the zombie apocalypse occur and you’re left conforming a film with only tapes and two decks. It’s useful though, because we can open it and look at it if we have questions about what you’ve done, or if there’s a shot in there that the system can’t read properly. Each line describes an edit in simple ASCII text. It can be read: source file/tape name, video only (V), cut (C) source in, source out, timeline in, timeline out, then a description of any effects used or any other notes you have chosen to put in there. Then we go down to the next line (002) and see the next cut in the sequence. It doesn’t contain any metadata or instructions about resizes or effects other than that they exist in that shot. It’s effectively a paper-edit that can be read as easily by computers and people.

An AAF (advanced authoring format) is a data file developed alongside Microsoft that allows one computer (your NLE) to tell another computer that speaks the same programming language (the finishing tool) all about your timeline so that it can be reconstructed in a different software system. The file includes a lot of metatdata, which translates many of your effects and layers. To a compatible system it looks like a nice tidy timeline, but to a human (using a text editor) it looks like this:

AAF basically converts your timeline to a binary format, which is decoded at the other end.

An XML is a similar file in that also translates your timeline to computer language. It’s easier to read if you’re not a computer, but it’s also not readable by all finishing software, particularly systems that are not Mac-based. Instead of being binary, it’s Unicode (hexidecimal). It looks like this:

It’s editable and hackable if you know what you’re doing, and its language is one that is easily understood by all sorts of software, not just NLE systems. It also holds a lot of metadata, so it can translate your timeline really well from editing to finishing.

Why don’t all post facilities just ask for the same thing?

Different facilities finish and color on different systems, using different workflows, and have artists with different ways of working. Compatibility between your NLE and the finishing system relies on the turnover adhering to certain specifications. Not only do you need to pay attention to what files are in your turnover specs, but the type of file. EDLs, in particular, come in different types (CMX 340, CMX 3600, GVG, Sony 9100, etc.), and these can vary in terms of column and tab width and number of characters allowed in your source name, among other things. In short, the post house will instruct you as to what file types, exportable by your NLE, are readable by their system. If your turnover is wrong, confusing or incomplete, the conform will be more difficult, or even impossible. There will also be more room for error.

How are the files used?

The job of the conform editor/finishing artist is also to rebuild your project in the finishing system, exactly how you had it in the NLE. They will ask you what sort of source material you have and what system you edited on so they can advise what compatible files they need for turnover.

Whether they ask you for an AAF or XML, they will likely request an EDL for each layer, a QuickTime reference with burn-in and sometimes your project or bins as well. That is so the person doing conform has a way to double-check that everything has translated correctly and to troubleshoot, hack and fix if necessary. Not all of the effects you added in offline will translate automatically, especially if what you did included plug-ins or was too complex. The more information you can give to the person rebuilding your work, the more accurate and straightforward that conform will ultimately be.

In the conform part of our job, as finishing artists, we have quite a technical job and little room for error. We seem kind of picky and demanding, but that is because it is important to us that none of the work done in editorial gets lost in translation. Generally speaking, an open dialog between us and the production is a great thing. We will ask a lot of questions about what we are getting from editorial, and we welcome questions being asked of us. Besides, the more efficiently we can get your timeline conformed, the more time we will have for the other aspects of finishing like VFX, titles and color. We’re much more flexible and fun about that stuff!

There are more aspects to turnovers than just the EDL, AAF and XML files, and more questions I could answer about what we do in finishing, but for now I hope I’ve shed some light on one aspect of the process of taking your project from the edit suite to the final product.